The Premier League is never dull, that much is clear and with a fixture like this one I am expecting another cracking result. It’s a tough one to call but you should be able to make snes of it with my Premier League betting tips.

Norwich have been in dire form this season with a particularly unkind fixture list. Everton have also taken 2 losses on the spin now but they still seem to be keeping their heads. This fixture may not be as easy to call as some might think.

Everton looking to bounce back

Everton have started their season this year about as well as they could have hoped. They took 2 wins from their first 3 games and only conceded 3 goals. Unfortunately for the Toffees, they took a beating from Aston Villa last weekend and have subsequently been knocked out of the League Cup by Championship side QPR. The Blues will be looking to set things right this weekend against a struggling Norwich side who have yet to pick up a point in the league this season. 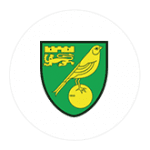 Daniel Farke has been shown incredible faith by the Norwich board even in the wake of their relegation from the league 2 years ago. That faith was repaid when Farke got the Canaries back into the Premier League. Unfortunately, the Canaries had a tough few fixtures to kick off their campaign. They took a heavy loss from Man City and were comfortably beaten by Leicester and Arsenal as well. Daniel Farke will be looking at this fixture against Everton as another tough one on what has been a rocky start to their season. Can the Canaries finally get their first point of the season at Goodison Park this weekend?

Stats don’t always tell the full story especially when it comes to such a competitive league like the EPL. However, these stats can still guide punters in the right direction when it comes to placing their wagers on this fixture. Check out my list of statistical highlights that will help inform your betting decision this weekend.

My Premier League betting tips UK are always carefully considered. And after taking the time to assess recent form and the nature of this fixture, I really can’t see much else here other than a comfortable Everton win. They may have lost in midweek by the Toffees will almost certainly have too much for the Canaries on Saturday.

Everton may have too much for Villa

Everton will be reeling from their midweek loss to QPR but it’s not all doom and gloom for the Toffees. They have looked sharp in the league bar a loss to Villa last weekend. Going forward they have looked dynamic with Benitez’ key men Allan and Doucoure establishing a solid midfield foundation. Demarai Gray will be licking his lips looking at that leaky Norwich defense.

Norwich will need to find some points somewhere if they are going to stay in this league and I think they have a better chance of picking up points on Saturday than some people might believe. However, their defense has been leaky to say the least and this Everton side are going to be bombing down the wings with pace which is going to cause the Norwich back 4 some real problems. Time will tell who is going to take the win here but you would be hard pressed to bet against Rafa Benitze and the Toffees on Saturday.