At last the international break is over and the Premier League is back. So, without further ado, let’s don our spacesuit, jump into our rocket ship and take you on a journey through one of the division’s top fixtures this weekend.

Sunday sees reigning Premier League champions Liverpool welcome 2015/2016 title winners Leicester City to Anfield. Both teams have got off to a flying start this season, losing just three games between them and they currently sit third and first in the table. Here is how the best football tipsters in the universe see the game going.

Liverpool Have an Injury Crisis

Liverpool’s recent luck with injuries has been nothing short of disastrous. Most prominently, Virgil van Dijk was ruled out for the season last month, after being on the receiving end of a nasty tackle from Everton goalkeeper Jordan Pickford. However, this is not the only absentee that Jurgen Klopp has to contend with. Joe Gomez, Mo Salah and Trent Alexander-Arnold will all miss out against Leicester while Fabinho is a doubt. This leaves the Reds remarkably short of numbers at centre-back in particular – a weakness Leicester will want to exploit. In better news, Andy Robertson, Jordan Henderson and Thiago Alacantara should be available after recovering from knocks. 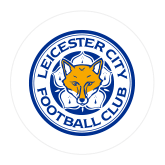 Not a great deal was expected from Leicester this season but their start has been out of this world. Going into the weekend’s fixtures, they sit top of the Premier League table having already recorded fine victories over Manchester City, Wolves, Leeds and Arsenal. The form has been even more impressive considering they have had several first team players, such as Ricardo Pereira, Wilfred Ndidi and Caglar Soyuncu, out with injury recently. The Foxes’ rotated side face their toughest test yet at Anfield but with attacking talent like top scorer Jamie Vardy at the ready, anything is possible.

Historically, Liverpool have fared better in matches between the two sides – but the disparity is not as large as you may expect. Out of the 114 previous encounters, the Reds have won 50 to Leicester’s 39, while 25 games have ended all square. In more recent times, Liverpool have really pressed their advantage home. Since being defeated 2-0 by the Foxes in 2017, they have not lost any of the subsequent fixtures, winning five and drawing one. Most recently they battered Leicester 4-0 on Boxing Day 2019 in a game in which Trent Alexander-Arnold was on incredible form.

If you want to improve your football betting ability by supergalactic levels, it is absolutely vital that you start to use statistics in your decision making. Luckily, PlayersBest CA is here to help. Here are some statistical highlights in preparation of Sunday’s game.

Call us crazy but we’re backing the underdogs for this one. That’s right. We are selecting Brendan Rodgers to get one over his former side by leading Leicester to a famous away victory.

Even though they are the reigning Premier League champions, we are still backing injury hit Liverpool to falter against the in form Foxes on Sunday evening.

With Salah set to miss out, the Reds stand to lose a lot of potency up front but that is not their most troubling absence. With starting centre-back pairing Van Dijk and Gomez also absent, Joel Matip and Fabinho – who has only just returned from a lengthy layoff – are likely to start in defence. This will be music to the ears of Vardy who we expect to have a field day at Anfield.

Then there’s the fact that Alexander-Arnold – so key in the Reds’ last win over Leicester – will also be watching on from the sidelines. This further strengthens the Foxes chances.

Bet365 are currently offering a Leicester win at 14/5 – a very generous offer, we’re sure you would agree.

Tip: Away Win
Odd: 14/5
Bet Now
×
Your Bonus Code:
The bonus offer of was already opened in an additional window. If not, you can open it also by clicking the following link: