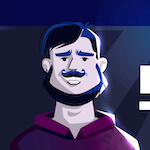 The Canadian national team has always lived in the shadow of the two larger footballing nations in the region, namely the USA and Mexico. The power struggle between these 2 has been well documented, with hardly any real respect given to the Canadian side.

While that has been true for a long time, the power struggle between these 2 sides may yet see a 3rd addition. The rise of Canadian players in the biggest European leagues has been a great cause for hope for the Great White North. Canadians in the UCL

The first name that jumps out at you is naturally Alphonso Davies. The left back has been one of the first names on the team sheet for Bayern over the last 2 seasons and played a pivotal role in their Champions League success 2 years ago. Since that time, he has continued to blossom into one of the best left backs in world football. He is not the only Canadian who is now making waves in the major European tournament though as his fellow countrymen seek to follow in his footsteps.

The other 2 Canadian youngsters to keep an eye on are Jonathan David and Cyle Larin. Larin had an impressive season for his club side Besiktas scoring 24 goals in all competitions. Jonathan David is the most expensive Canadian of all time as he was purchased by Lille for $35 million last season. His debut season was a successful one, scoring 13 goals in all competitions.

Canadians in the UEL

The Europa League may not have the same prestige as the Champions League but it is still a major European competition featuring some high quality sides. And there are a few veteran Canadians still pushing for a major European title to their name. Rangers’ Scott Arfield and Red Star Belgrade’s Milan Borjan are representing Canada proudly and add to the list of growing Canadian presence in Europe.

The list of Canadians playing abroad and in very competitive European leagues and tournaments can only bode well for the Canadian national team as their players grow in experience and confidence. There may well be a shifting of the tides in North America soon enough if more players continue to impress on the world stage.

Fanduel bring in some help to grow Canadian player base

As the changes come thick and fast to the world of online ...

The Raptors dropped their 3rd game on the bounce in Phoenix on ...