The Canadian women’s soccer team are looking in top form in the run up to the Tokyo 2021 Olympic games this summer. 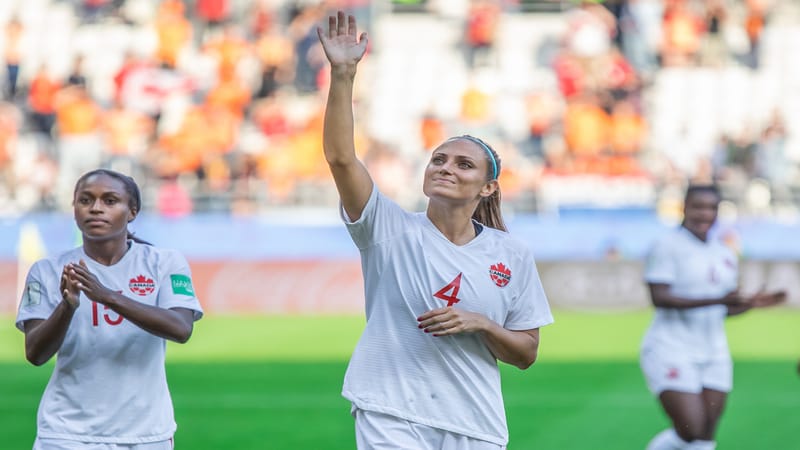 Canada beat the English Lionesses in an away friendly, despite being far from their best last week. In what was an overall shaky performance, the Canadian ladies still managed to run out 2-0 winners in the match.

It’s telling just how high the standards of the Canada Women’s Soccer Team have become, when a 2-0 away victory against the country that invented football is largely attracting some negative press. It’s that both of Canada’s goals came due to England mistakes, but they took the chances presented to the well. At the end of the day no one can argue with an away shutout victory.

A few key Canadian players were also missing, however many youngsters stepped up to impress during the match last week, which took place in Stoke on Trent. The goals came courtesy of Evelyne Viens and Nichelle Prince, with goalkeeper Stephanie Labbe also gaining plaudits for keeping the clean sheet.

The Canadian women’s team keep going from strength to strength, which while positive, is also causing something of a headache for head coach Bev Preistman. The young women who played against England definitely made their case for making the 20 player roster for the Olympic team. Of the 20 players allowed in an Olympic soccer squad, a minimum of two sports must be given to goalkeepers. Therefore Premiestman only has 18 out field sports and a bunch of talent to choose from.

While Priestman has described the choice as being difficult, she also said that it’s “a great problem to have as a coach”. Additionally, she’s spoken of how the competition for spots has been driving player performances.

In the other semi final Canada is also represented by Chelsea’s Jessie Fleming, who will come up against Bayern Munich in their semi final tie.

Getting their hands on such a prestigious European trophy ahead of the summer would give further boosted to the Canada Women’s squad for the Olympic Games in Tokyo this July.

The biggest women’s university basketball tournament is making its way back to ...