Mobile casino gaming fans in Canada can look forward to a faster and higher quality way of playing online slots and table games in the near future. This is because 5G is currently being rolled out across the nation. The mobile technology is currently focused on provinces such as Saskatchewan and Alberta, but it’s expected to become much more widespread in the coming months. 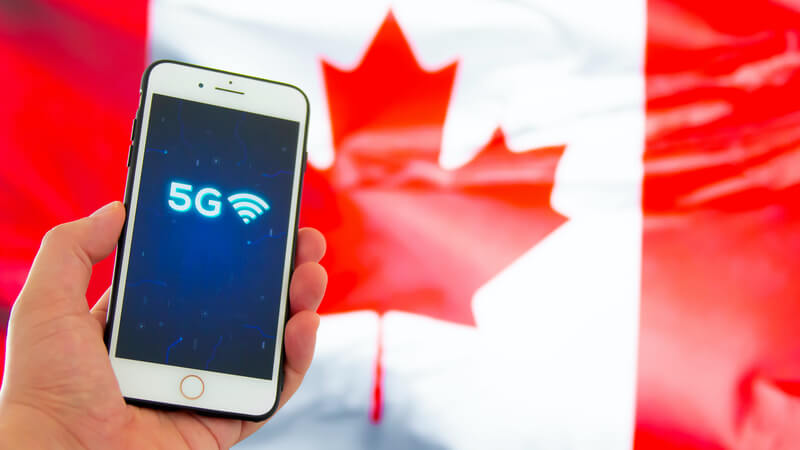 5G technology promises to be of huge benefit to Canada’s fledgling mobile online casino industry. It will deliver much faster speeds of data transmission. This means that the graphical and audio quality of slots and table games will be capable of a marked improvement as developers get much more bandwidth to play with.

But it’s not just about aesthetic concerns. The advances in data transmission speed will also be of huge benefit for the live dealer gaming industry. Live casino games are dependent on real-time play, and even the slightest glitch can put a player at a serious advantage or disadvantage. But with 5G being capable of supporting a 100x increase in traffic capacity and network efficiency, it means that the authenticity and reliability of the live casino games will be greatly enhanced.

It’s also worth noting that 5G is much more secure than 4G and 3G. This is because it is able to encrypt more data and this makes it harder for anybody to intercept a network transmission and engage in ‘spoofing’. The advances in online security will be beneficial for Canada’s online casino industry where players have to transmit sensitive personal data and financial information in order to play.

The rollout of 5G across Canada

Many of Canada’s biggest networks have already started offering 5G technology. Carriers like Bell Mobility, Rogers Wireless and Telus Mobility were among the first providers, and Videotron has recently joined the fray. 2021 is expected to see many more carriers joining the 5G revolution such as Fido, Virgin Mobile, Koodo Mobile, Freedom Mobile, Shaw Mobile and SaskTel.

There has been pockets of resistance to the rollout of 5G in Canada. Most notably a couple of mobile transmission towers were set on fire in Quebec. But for now, it looks like Canada’s 5G revolution has begun.