The history of fixtures between the Gunners and the Clarets does not make for pretty reading for fans of Burnley. However, the last 2 seasons have shown that Burnley are able to take points off of Arsenal.

Whether that is going to be the case this weekend remains to be seen. That is why I recommend checking out my preview and Premier League betting tips UK for this match. There are plenty of variables to consider that may impact your betting decisions this weekend. 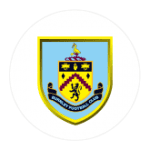 Not only have Burnley failed to win a game this season yet but they have lost 3 of the 4 games they have played with only a point to their name. Sean Dych said he was pleased with the team’s away performance at Everton on Monday night but in reality, the men from Burnley threw away their one goal and capitulated in the 2nd half. Burnley have been on poor ruins of form before and have always managed to dig themselves out to stay in the league. There are question marks about them this season even more so and the way results have been going thus far, it’s easy to see why.

The Gunners have had a rough start to the season, with the squad crippled by injury and COVID they lost their opening day fixture to newly promoted Brentford. The Gunners had a tough run of games against City and Chelsea that followed which were greeted with moans and groans from Arsenal fans as they sank to 3 straight defeats.

After a 1-0 win against Norwich last weekend, the Gunners showed signs of finding their identity on the pitch. They were helped by big names coming back from injury like Thomas Partey, Gabriel and Ben White. Arsenal will no doubt be hoping they can win on the weekend to try and string a few wins together as their fixture list is far more forgiving in the upcoming weeks than it was at the start of the season.

Burnley’s last 3 games against Arsenal have actually produced some decent results with 2 draws and a win for the Clarets. However, prior to those 3 games Byurnely have found little to no joyu against the Gunners. The 13 games before that saw the Gunners win 12 and draw 1. This weekend’s fixture may not be a walkover for Mikel Arteta’s men but you wouldn’t be wrong to back them with their track record as it is.

This fixture is actually a lot tougher to call than you might think. The Gunners may be looking a bit stronger than Burnley but Burnley play a style of football that has been known to put Arsenal sides under pressure physically. That is why I suggest taking a look at some of my statistical highlights. Let these serve as some of your Premier League betting tips to help you make a smarter betting decision on the weekend.

This is no easy fixture to simply put your money on a result and feel confident. Both teams are looking to establish some consistency and as such you can expect a hotly contested match on Saturday. With that being said, I can’t help but feel that the Gunners are likely going to sneak a result here. I would go with either an outright Arsenal to win bet or a draw-no-bet.

Gunners will need to work hard for 3 points

This is honestly a difficult fixture to call. Mainly because the Gunners and Burnley have both gotten off to rocky starts in the league. Both teams will be trying their utmost to get their seasons back on track. With that being said, I think that going for a draw here is probably your best bet. The Gunners have not exactly been prolific in front of goal recently which may result in them trying to defend a narrow 1-0 should they nick a goal early on. The same can be said of Burnley.

You wouldn’t be completely off the mark to go for an Arsenal win here though, as they seem to be heading in a more sturdy direction than Burnley right now. I would maybe even go for a draw no bet with Arsenal to win. This seems like it will be the wisest betting market for this fixture.

United have been in good form in the league for the most ...

There are certain fixtures in this league where every neutral fan is ...

Bet Now
Open an account, make a qualifying deposit of $10* or more and claim the offer to receive a matched amount in Bet Credits, up to a maximum of $200*.
Betting Tip: Cavalry FC vs HFX Wanderers FC
Tip:
Match Winner: Home
Odd:
2.05
Current Bonus:
100% up to 200$

Bet Now
Open an account, make a qualifying deposit of $10* or more and claim the offer to receive a matched amount in Bet Credits, up to a maximum of $200*.
Betting Tip: Valour vs Forge
Tip:
Home/Away: Home
Odd:
2
Current Bonus:
100% up to 100$

Tip: Draw no bet
Odd: 4/9
Bet Now
×
Your Bonus Code:
The bonus offer was already opened in an additional window. If not, you can open it also by clicking the following link:
Visit Site