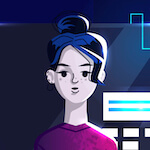 Manchester City versus Chelsea is always a significant affair because they are two of the biggest clubs in world football. The fixture is made all the more exciting by the fact that the two will square off in the Champions League final at the end of May.a

But, the Premier League tie comes first, and anticipation over which team will come out victorious is at a fever pitch. In this post, we’ll outline which side we believe will win this Saturday and give themselves even more confidence when the clubs meet for the final time this season May 29th.

At the start of the campaign, it seemed as if champions Liverpool would cruise to back-to-back titles and Man City would struggle to make a mark on the Premier League. However, after a 5-2 defeat to Leicester City at the Etihad Stadium, Pep Guardiola’s men haven’t looked back. Even without the services of star man Sergio Aguero, The Citizens have managed to score plenty of goals thanks to Kevin De Bruyne in the False 9 position and Phil Foden drifting in from the wings, while Ruben Diaz and John Stones have added solidity at the back. As surprising as it sounds, Man City FC has found a new level this season.

Chelsea is a football club that has had its ups and downs this campaign. With Frank Lampard at the helm, the team looked as if it would comfortably qualify for the Champions League places while blooding in young talent. After the Chelsea legend left, the hierarchy had to act quickly and appointed Thomas Tuchel. The decision appears inspired because this Chelsea side hasn’t played as well for years, evidenced by the fact they have only been beaten twice since the German’s arrival. The squad is by no means the finished article, yet they have proved their effectiveness with impressive results against the top six, including wins against Liverpool and Tottenham.

In 30 previous matches between the two sides since September 2010, City have won 17 times, Chelsea 10, and there have been 3 draws. Overall, this suggests that the City players have an edge over the Chelsea boys because they have positive memories of playing The Blues. This includes a 6-0 thrashing at the Etihad in 2019 and a clinical 3-1 performance at Stamford Bridge last January.

However, the most recent game was in the FA Cup, with Chelsea pulling off a shock 1-0 win at Wembley. They also won last season’s final fixture between the two, so these players understand what it takes to stifle City’s star men.

Stats paint a vivid picture because they contain lots of information. By analysing the data, you can learn more about what type of bet to place and why. Underneath are the main statistical highlights you need to know about to make an informed decision about the upcoming game.

Having evaluated the information, there’s only one thing left to do – pick a result. Continue reading to find out which result we think is the most likely this Saturday.

There’s no doubt that Thomas Tuchel and Co deserve a lot of credit for their performances since the end of January. Only losing twice – once in the league and once in the Champions League – is the sort of form that will turn Chelsea into title contenders in next season’s Premier League betting tips. Plus, a victory in the last meeting between the two will only fill the squad with confidence.

Still, Man City have proven time and again that they are a team that shouldn’t be underestimated. Not only are they devastating going forward with Mahrez, Foden and De Bruyne teaming up to great effect, but they are very solid thanks to the introduction of Ruben Diaz. Also, the fact that a win guarantees them the Premier League trophy means it’s hard to deny City’s credentials.

At 10/11 with Bet365 to win outright, Man City are a steal considering the form they are in and what’s on the line if they leave the Etihad with three points on Saturday. 7/2 for City to win and both teams to score is brilliant value, too, regarding the latest Premier League betting tips in the UK.

Planet football will be focussed on the Dragao Stadium in Porto on ...

For anyone bored of reading about the doomed Super League, the good ...

Instead of focussing on the Premier League, this week we are providing ...

For this week's Premier League betting tips we are focussing on the ...

Tip: Home Win 2-1
Odd: 9/1
Bet Now
×
Your Bonus Code:
The bonus offer was already opened in an additional window. If not, you can open it also by clicking the following link:
Go to Provider