Arsenal vs Chelsea is one of the biggest fixtures in the galaxy and the fact that this meeting is taking place on Boxing Day only makes things more interesting. The Gunners have endured a truly dismal start to the season. Chelsea meanwhile, are doing well and will be dying for a win to keep their title bid on track.

On paper, it looks like the Blues are hot favourites. However, in derby matches form often goes out of the window. If you are struggling to choose your bet, never fear. PlayersBest’s team of supergalactic tipsters are here to help. Read on to find out how they see Sunday’s game going.

Arsenal go into this one just four points clear of the relegation places. By far and away their biggest problem has been a frightful lack of goals. Going forward, the Gunners look rigid and stale, with talisman Pierre-Emerick Aubameyang managing just three Premier League goals since signing a big money contract extension in the summer. Fellow high earner Alexandre Lacazette has been similarly impotent and in midfield, creativity has been non existent. If Mikel Arteta does not get the Gunners firing soon, they are going to be in genuine relegation trouble and he is likely to pay with his job.

Favourites Are Looking For Revenge

After spending big in the summer, Chelsea were expected to mount a title challenge and – a few poor results aside – they have largely lived up to these expectations. They have been most impressive going forward with Olivier Giroud, Tammy Abraham and to a lesser extent, Timo Werner, making good starts to the season. At the time of writing only leaders Liverpool – who trail the Blues by six points – have scored more Premier League goals than Frank Lampard’s side. They will also be keen to avenge their FA Cup final defeat to the Gunners back in August, so should be motivated.

These two old rivals have met many times previously. Out of the 201 meetings, Arsenal enjoy a marginal advantage. The Gunners have won 78 of the contests to Chelsea’s 65, while 58 games have ended all square. In the last five games between the pair, things have been extremely close with both racking up two wins, while one match was a draw. Interestingly, two of these matches were finals. Namely the Europa League final in 2019, which Chelsea won 4-1 and the FA Cup final last year, in which Arsenal were 2-1 victors.

If you want to become one of the best tipsters in the Milky Way you simply cannot afford to ignore statistics. They may seem boring but they hold the key to solid football predictions. Here are three that stood out to us ahead of Saturday’s game.

Sorry Arsenal fans but we only expect your misery to continue on Boxing Day. We’re predicting an away win and under 2.5 goals.

It is impossible to look past the visitors for this game. Arsenal’s recent performances have been nothing short of abject and we do not expect them to summon up enough to defeat the high flying Blues on Boxing Day.

However, one thing Arsenal have got in their locker is a good defensive record. Therefore, although Chelsea’s attacking options are impressive, it is likely that the game will not be particularly high scoring.

With all that in mind, we are backing Chelsea to secure all three points but we are also including a under 2.5 goals bet as well. If you’d like to do the same, the best price we could find for our tip was 29/10, which is currently being offered by Betsson.

Make sure you check back next week for another betting tip from PlayersBest’s team of football experts. 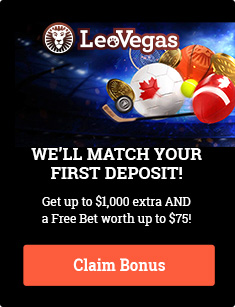 Tip: Away win & Under 2.5 goals
Odd: 29/10
Bet Now
×
Your Bonus Code:
The bonus offer was already opened in an additional window. If not, you can open it also by clicking the following link:
Visit Site