The NBA standings may be a bit misleading this early in the season as teams are still experimenting with different roster variations and teams like the Bucks battle injury issues that have impacted their ability to get out of the gates with a good start.

In the Eastern Conference the Wizards, Bulls, and Cavs have surprised many and are in the top 8 teams 12 games into the season which is a great sign for the competitive balance in the conference. When you combine them with the favorite Nets, Bulls, Sixers, it looks like we could have very entertaining playoffs later on in the season. Be sure to check out our betting bonus page for a complete list of sign-up bonuses and new user promo codes if you want to get in on the NBA action this week. 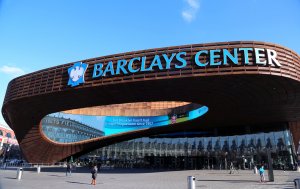 The Nets are the favorites to win the Title

The Lakers are off to a slow start at 8-6 and have already battled through some injury issues. The Lakers’ biggest issue is going to be trying to stay healthy throughout a full season and entering the playoffs at full speed.

The Bulls have been one of the biggest surprises so far this season and play a fun style of basketball to watch. Lonzo Ball and Zach Lavine push the ball on offense and DeMar Derozan is having a great year so far averaging 26 PPG. The Lakers have had some on-court dysfunction already this year between Anthony Davis and Dwight Howard and there are concerns over whether the aging roster can stay healthy all year.

The big game this week features two of the teams with the best odds to win the title in the Warriors and the Nets. The Warriors are 11-2 and the Nets are 10-4 and both are playing great basketball. I like the Warriors in this matchup as I think their depth will be too much for the Nets late in the game.

The Lakers head to Milwaukee in a potential NBA finals preview if both teams can eventually get healthy. Giannis is averaging 26.5 PPG and will be in contention for the MVP once again and Anthony Davis and Lebron James are both averaging around 25 PPG. Russell Westbrook has been a nice surprise for the Lakers averaging 19 points but the big question mark for the Lakers is whether they can develop a bench rotation to give their starters a break during the long season.

The Nets have improved their odds in the past week as Kevin Durant and James Harden have taken their play to another level. Durant looks like he did prior to his Achilles injury and if he continues playing this way the Nets will be tough to beat in the East. Kyrie Irving still is not part of the team due to his refusal to get the vaccine but you have to wonder if the Nets will try to work with the city or the NBA to allow Irving to become eligible to participate in-game activity soon. 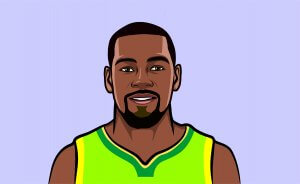 Durant is back to his old self despite a

Some familiar names are back at the top of the MVP race this year after missing the last couple of years due to injuries. I like Curry’s chances to win the MVP this year with his great supporting cast which has allowed him to get more open looks than in recent years. Keep an eye out for Luka Doncic who could end up with the best numbers when all is said and done and if the Mavericks are near the top of the conference standings he has a great chance to bring home the MVP.