After the Atlanta Braves dominated Game 1 the Houston Astros came right back to put on show in Game 2. Now after a day off the series shifts back to Atlanta for Game 3 where anything can happen with each team starting a rookie pitcher on the mound. Find out how to bet Game 3 of the World Series and make sure you find the best place to do it with our odds comparison page . There you’ll see odds for every baseball game and how every sportsbook in your area has them listed. 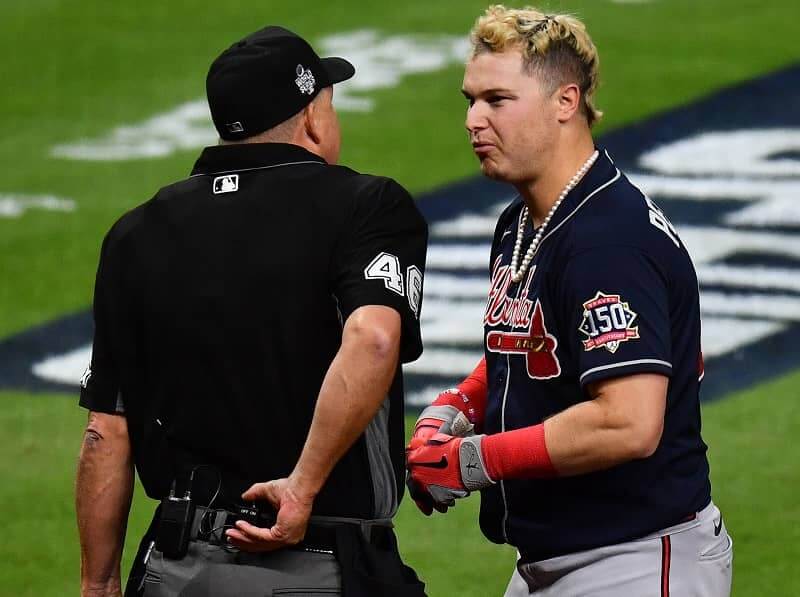 The last time the two rookies started on the mound was in 2006 when the Tigers ‘Justin Verlander faced the Cardinals’ Anthony Reyes. This happens again tonight for just the eighth time ever as the Astros put their trust in Luis Garcia and the Braves do the same with Ian Anderson.

Anderson’s been the stronger of two during the postseason even if he hasn’t made it past the fifth inning in two of his three starts. Still, in his 12 postseason innings pitched, he’s struck out 12, only walked four, and limited teams to three runs on nine hits.

Garcia on the other hand has struggled at times during the postseason, but was completely in control during Game 6 of the ALCS vs. Boston. However, in his other two starts he allowed a combined 10 runs in the first two innings of each game. With this being the first World Series game in Atlanta since 1999, Truist Park will be rocking, and Garcia could get frazzled early again. Add to this no DH for the Astros, and the fact that Atlanta is undefeated during the playoffs and take the Braves to win Game 3.

Game 1 saw eight runs score, Game run followed up with nine. 8.5 splits the difference and honestly sounds pretty spot on. One major difference is that in tonight’s game both pitchers will have to hit, essentially giving each team only eight batters instead of nine, and each defense one free out anytime a pitcher comes to the plate.

With that being said, we’ve seen each offense produce runs so far. With rookie pitchers on the mound making their World Series debut I could see runs coming in bunching for each squad. Take the over here and looks for fireworks early and often.

The MVP from one season ago Atlanta’s franchise man has hit .293 thus far into the playoffs. He’s the type of player who brings energy to a team and energy should be plenty in Atlanta tonight. Look for Freeman to do well at the plate and get at least two hits tonight.

It’s already been mentioned that Houston’s Garcia has a tendency to surrender hits and scores. Look for this to continue in Game 3. The Braves want to get off to hot start at home, and Garcia could get intimidated by the bright World Series lights.

Look to increase your winnings with the best bonuses on the web. Find just a few of the offers listed on our bonus page  below!