The Resolutions Committee of the California Democratic Party met last week to confirm the party’s position on the eight ballot measures that will be placed in front of the Golden State’s voters in November. The committee voted unanimously to oppose the California Solutions to Homelessness and Mental Health Support Act which would legalize online sports betting as well as deliver a huge tax windfall to some of the state’s most needed social services. California has long been a Democratic stronghold, with the state having gone blue in every presidential election since 1992. The Democrats currently control both chambers of the state’s legislature, and there are more than 10 million registered Democrats in the Golden State. The party’s Resolutions Committee met to determine the party’s stance on eight propositions that will be on the ballot in November, including two different measures that would legalize sports betting in some form for California residents.

The two competing measures have both met the necessary requirements for ballot inclusion, and will almost surely both be up for a vote in November. Proposition 27, also known as the California Solutions to Homelessness and Mental Health Support Act, would legalize online sports betting in California and allow national operations to take sports bets in the state while at the same time committing the lion’s share of the tax revenue generated to programs designed to provide assistance to the homeless and support for the mentally ill. Democratic politicians typically support initiatives designed to increase funding for much-needed social services like these, but in spite of the fact that the homelessness issue is one of the state’s biggest challenges, the Resolutions Committee voted to oppose the measure without a single vote of support from any committee member.

Proposition 26 would also make sports betting legal in California, but would be much more restrictive, not allowing for any online sports wagers to be placed, and restricting all sports betting to tribal casinos in the state. Proposition 27 would also allow these casinos to operate their own retail sportsbooks, but clearly the profitability of those operations would be drastically affected by the competition or lack thereof from online sportsbooks. The Democratic Resolutions Committee opted not to take a stand either way on Proposition 26, citing potential negative impact on California cardrooms that are staffed by union members that make up a large portion of Democratic voters.

The party’s reasoning for standing against online sports betting was much deeper. Statements from DNC member RL Miller expressed a lack of confidence in the bill to truly provide the stated support for California’s homelessness and mental health crises, as well as concerns that the tax revenue projections are unrealistic, in spite of the fact that California would instantly become the largest potential gaming market in the USA should online sports betting sites become fully legal.

Will the opposition be enough to sway the opinion of the voting public?

The Democratic Party is clearly an influential group in California politics due to their widespread support from the public and stranglehold on the state’s legislature. However, history shows that voters do not always cast their ballots in the direction the DNC would like them to. The most recent voting cycle in November of 2020 featured 11 measures on which the Democrats announced a public position, and California voters went the opposite way on seven of them. Public polling shows support for legalized online sports betting across the political spectrum, and with Proposition 27’s ability to provide a massive tax revenue influx towards issues that are among the most important among Democratic voters, there will certainly be more than a few members who defy the party and vote in support.

Nathan Click, who represents the coalition behind the online sports betting initiative, released a statement downplaying the impact of the committee’s stance. He said “Californians across the political spectrum support Prop. 27 because it’s the only one that provides hundreds of millions of dollars in solutions to homelessness, mental health and addiction, and Prop. 27 is the only one that supports small and disadvantaged Tribes. That’s why a broad and bipartisan coalition of mayors, non-profit leaders and California Tribes all support 27.”

The battle over online sports betting in California has just begun. The opposition from the California Democrats is surely not favorable for sports bettors hoping to be able to make legal online wagers in the state, but it is also far from a death-blow, and they will just have to wait until November to find out how the state’s voters feel. It might be a while until we see the top US bookmakers appearing in CA, but we’ll be here to update you with all the latest news along the way!

It might be a while until we see top bookmakers in MD. ... 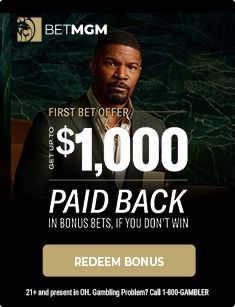 California Voters Will Have Their Say On Legal Sports Betting

California, the largest potential sports betting market in the USA, is giving ...

How do I have to tax my sports betting wins in New York City?

Online sportsbooks are finally open in New York, and there is no ...

WynnBET Bonus
Bet $100 Get $100
T&Cs apply
9/10
Go to Sports Betting Bonus Comparison
What does it take to win? Sign up now and find out!