PlayersBest.com / PlayersBest News / Chris Jewett – Across the Board with Jesse Cox

“I got an email from a parent that said, ‘Can’t we do better than what’s currently going on?’ And I said ‘Yes.’ “-Chris Jewett 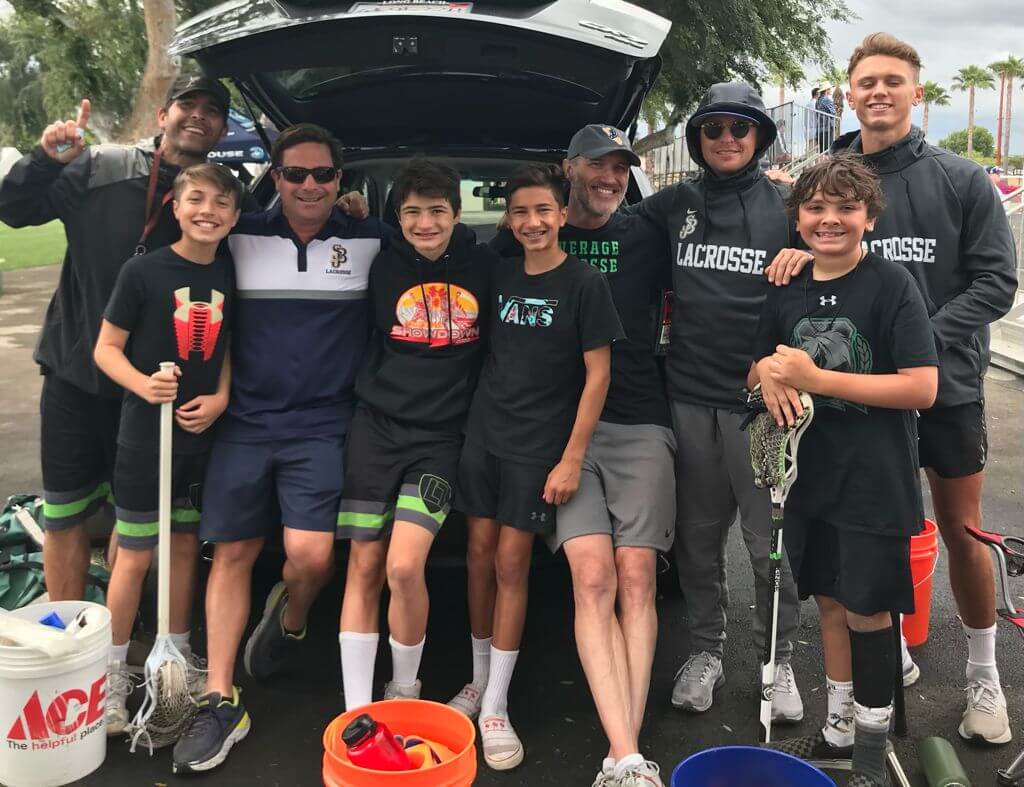 Chris Jewett (in the blue and white) with other leverage and St. John Bosco coaches and players

Today I’m speaking with Chris Jewett, a longtime personal friend, lacrosse coach, and regular fixture in the Southern California lacrosse scene. Coach Jewett has coached a number of teams over the last 16 years, from 2nd graders all the way up through High Schoolers. This Fall he starts his fifth year as Head Coach of St. John Bosco’s Boys Lacrosse program.

Chris also started Leverage Lacrosse 11 years ago when he was frustrated with the youth lacrosse landscape in Southern California. Leverage Lacrosse is a fully funded 501 (c) (3) non-profit organization dedicated to keeping lacrosse affordable and accessible for all who want to play.

We had a conversation about the differences that he’s seen over the years coaching at both public and private high schools, the reasons he started Leverage Lacrosse, the future of youth sports, and what it’s like now coaching his six year old son.

On the differences seen coaching at public and private high schools

Chris Jewett
In my opinion, private run in a way more efficient manner. There’s smaller classes, smaller rosters in some cases. It’s very efficient. Everyone can be on the same page. Now this is just my one experience of St. John Bosco, but I think Bosco is a great school that runs extremely well whereas public schools are quite large.

There’s a lot of bureaucracy and red tape that you have to get through often as a coach. Especially if you’re an at will volunteer coach. Decisions often don’t get made in time to get things done. As a result, what happens is it hurts your ‘customer’, which is the student athlete. At a private school, I could probably text my AD (Athletic Director) right now and he’ll get back to me within two minutes. I could call the president and he’d pick up the phone right now. 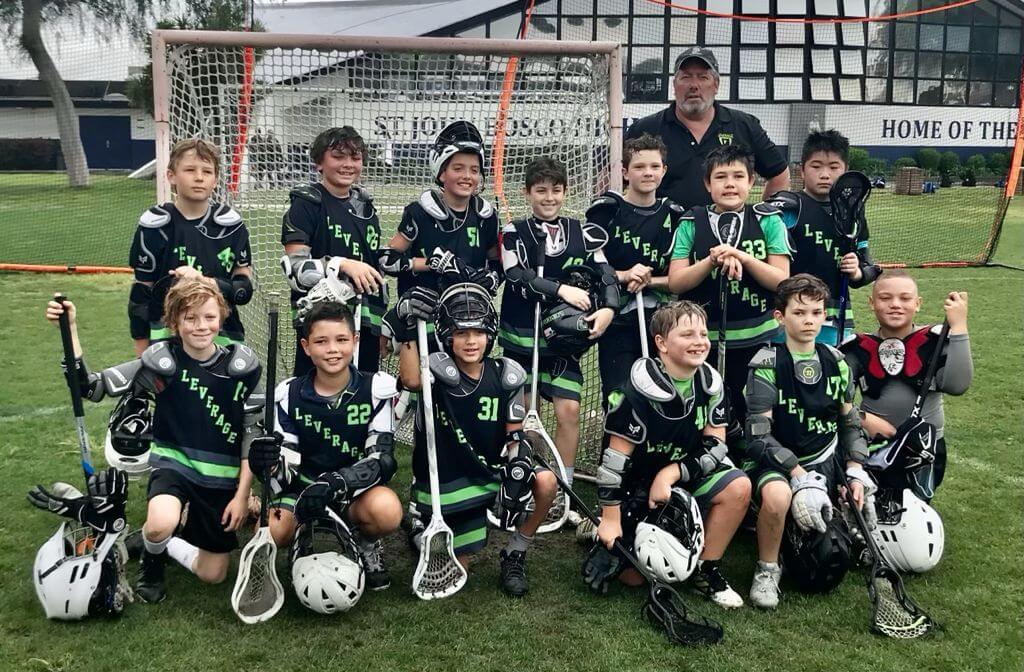 One of the many youth lacrosse team from Leverage

On starting Leverage Lacrosse, why it was necessary, and why it’s different

Chris Jewett
When I started Leverage 11 years ago, there weren’t too many options for lacrosse clubs in Southern California. There was one big conglomerate that was kind of running lacrosse throughout SoCal, and I got an email from a parent that said, “Can’t we do better than what’s currently going on?”

And I said yes, I had been coaching various club teams for this organization. So we broke off and started Leverage. The intent was, and the mission statement was that we build fundamentally sound, team first lacrosse players. And we’ve really never wavered off that whole idea to coach kids up. We put in a curriculum that we followed for years and continue to teach the fundamentals. Just from a little time of putting the foundation down with the little guys all the way up through high school, it benefits the player and makes a high IQ lacrosse player.

At the same time, I didn’t want to price gouge people, so we kept it reasonably priced. As a result right off the bat leverage kind of exploded. Since then, there’s been a lot of other clubs that have come and gone, or come and reinvented themselves a couple times, but we’ve always stayed true to our original message. I think that resonates with a lot of parents and players.

On the future, and privatization of youth sports

Chris Jewett
So I see the privatization of youth sports going probably getting even bigger. The reason why is all the different budget cuts in state and city governments cut these local programs, and cut the arts, and cut sports. So there was a void there where private clubs got into that market.

So just like anything else, my kind of running joke is that if you want to send something very important, like a diamond ring, you have to have it shipped. You don’t go to the post office, you use FedEx, right? It’s a private company. Because you know that they’re accountable. You can track it, and you feel more secure with that.

In some cases, these private clubs have done an amazing job, and a better job than any city or state could do. It all starts at the top, like any company, if there’s integrity and good intentions, and a good mission statement at the top, it’s gonna trickle down all the way to your lowest coach.

Unfortunately, it’s just human nature that there’s some used car salesman, and price gouging through what I call ‘dream sellers’ in this market. Especially among the wealthier sports where the one and two percenters play and those people are always going to be there.

My advice to parents would be to do your research, ask other parents and then your gut and head don’t lie when you meet the director and the coaches. You can get a good feel for what they’re all about. Don’t necessarily buy into all the marketing of, “hey I’ll make you famous. Your kids will get into Duke or Syracuse, ”because nine times out of 10 that’s not the truth. So that’s kind of my two cents on that. 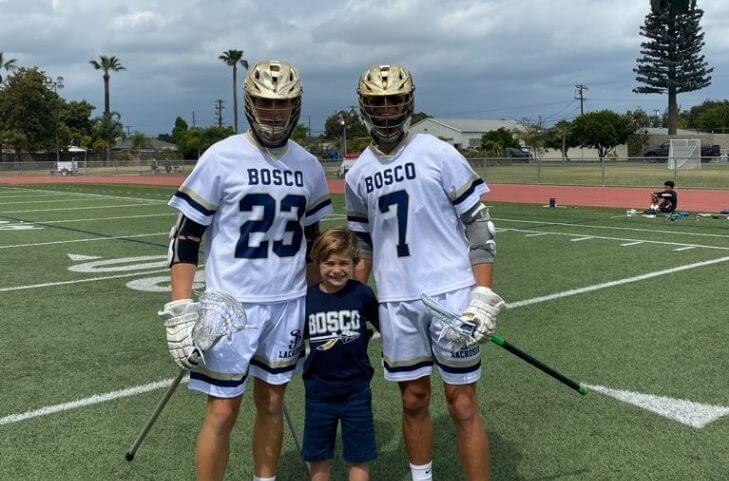 On what Leverage Offers that others don’t

Then last year, we created something called the Southern California Independent Lacrosse League at Bosco and we had, I think 26, 28 teams depending on the weekend. I was excited because Bosco is centrally located. We could bring teams from Orange County, LA, and the valley to play.

I kept the price at half of what other leagues were charging. We had coaches, and older experienced players, coach and ref, which was great for the kids. It’s an IQ building session. I want to introduce in the SoCal market, like back East, more lower and middle class kids to the sport of lacrosse, because quite honestly, right now they’re getting priced out of this market.

I think that that league was a great opportunity to do that. We’re going to continue to have that and then move into the summer where we do our own tournaments again, and some camps and training sessions.

Jesse Cox
I’m glad you hit on that. Because you started that new league and it wasn’t that there weren’t already field leagues existing in the springtime in Southern California. It’s that you guys wanted to go about it in a different way.

Chris Jewett
Yeah, I think the coaches and club directors in the know, really appreciate it and like it, as well as some of the parents. I get it, you want your kid to be competitive, but you’ll get these kids at high school who play on all these ‘elite’ club teams, but they don’t know what a fast or slow break is. They don’t know how to play a zone defense. They don’t know how to do simple dodges or how to read and react.

That would be like a quarterback drops back to pass and he points his foot left, and then he throws right. They don’t know the basic fundamentals, or they don’t know how to play lacrosse in many cases. I think that’s the difference between out here and back East. We have better athletes in California, but back East, because their brother and sister played and cousin, their IQ is through the roof because they’re around it. So if we can continue that process out here. I mean, we have the athletes; it just takes the coaching at a youth level.

On What it takes to be a Youth Lacrosse Coach

Chris Jewett
You admire these guys because there’s a coaching shortage across the board. But you’re seeing some coaches out here, not all, that are coaching because maybe they saw a stick in high school or, they just want to be involved with their son, which is great. But we do need better and more consistent, passionate, dedicated coaches at the youth level.

We’re starting to get that, there’s a lot of great people out here that are coaching. I think the problem is it’s very time consuming, and you wear a lot of different hats, and often times, it’s hard to make enough money unless you’re really out there grinding all the time.

On Having a six year old son now playing Lacrosse

Chris Jewett
It’s remarkable, it’s come full circle. It’s exciting to see now that he’s playing, it really changes your perspective on things. I think you can put your head inside the parent a little bit more and understand. It’s mellowed me a little bit too. It’s exciting to see Will out there and it’s kind of reenergized me to see his passion for lacrosse , and for the game and, he just can’t get enough of it. He’s out there playing and then watches it non stop. So it’s been fun.