Week 10 brought about a couple of big upsets with 3rd ranked Michigan State losing on the road to Purdue and undefeated Wake Forest losing to North Carolina on the road. This week we could have more of the same as several top 10 teams head into potential trap games that could have a big impact on the CFP playoff picture. Be sure to check out our Betting Offers page if you want to get an updated list of promotions and new user bonuses. 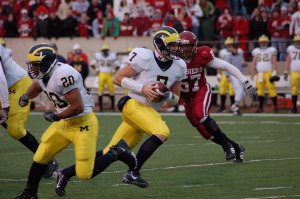 The Wolverines are still in the CFB hunt

Michigan moved up to the sixth spot in the recent CFP rankings and still has a shot to make it to the College Football Playoffs if they can win out. Michigan State heads to Ohio State next week and if the Buckeyes take care of business we will possibly have a winner take all game for the Big East when Ohio State travels to Michigan the last game of the year. Michigan needs to take care of business this week against a scrappy Penn State team that has struggled with inconsistency but has the roster to beat anyone on any given Saturday. Keep an eye on this game as a potential upset this weekend and potentially throw the CFP into chaos.

Purdue looked very impressive offensively in last week’s win at home over Michigan State and it will be interesting to see if Purdue can stack together impressive performances in back-to-back weeks against top-ten opponents. The Buckeyes are favored by 21, and I think Purdue has the weapons on offense to keep this game close and potentially be in a position to pull off the upset late. 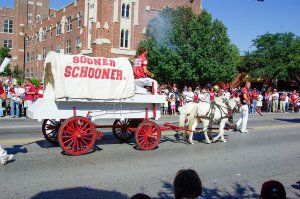 The Sooners have a chance to improve their resume with a win vs. Baylor

Oklahoma is not getting a ton of respect from the College Football committee and faces a gritty Baylor team that will be looking to get a signature win and elevate their program back into the national discussion after being in rebuilding mode over the last several years. Oklahoma has looked great with Caleb Williams at QB but they have not faced a big road test. This game against Baylor could cement the thought that Oklahoma is a pretender to elevate the Sooners into the top 4.

The final four teams will likely come from this batch of 8 teams but every team except Georgia has had games where they looked very beatable and we could have plenty of movement over the next few weeks in the rankings.

Other Notable Games for Week 11

Oklahoma State is 8-1 and is a team that not many people talk about when it comes to the CFP picture but they have just as good of a shot as Oklahoma does to get into the College Football Playoffs if they can run the table the rest of the way and beat Oklahoma in their season ending matchup. The Cowboys face a TCU team that comes off of a big upset win at home but Oklahoma State should have enough firepower to get past TCU.

The Irish are another team to keep an eye on for one of the final playoff spots if we get some upsets in the Big 10 and the SEC over the next few weeks. The Irish face a 6-3 Virginia team on the road and a win in Charlottesville would likely be seen as a quality win by the Playoff Committee. 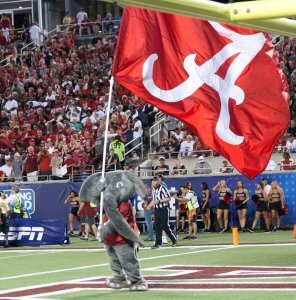 The Heisman race is tightening up and it looks like the winner will come down to whoever’s team finishes the season in the best fashion.

Bryce Young is the favorite and will have a be on the national stage with two big games against Auburn and Georgia in the SEC title game and wins by Alabama and a solid performance by Young would likely bring another Heisman to Tuscaloosa.

Kenneth Walker III moved up to the 2nd best odds despite the loss to Purdue and he is in a similar situation as Young. Walker will have a chance to help himself in a big game next Saturday against Ohio State, at home against Penn State the following week, and then potentially another opportunity to impress voters in the Big 10 title game.