We are at the midway point of the NFL season with quite an entertaining first half of the season so far. Almost every division in the AFC and NFC looks like it will come down to the final weeks of the season to determine a winner which is awesome for football around the country to have their team with something to play for late in the year.

Let’s take a look back at the top storylines from the first half of the season, and a look at the MVP and Super Bowl odds. 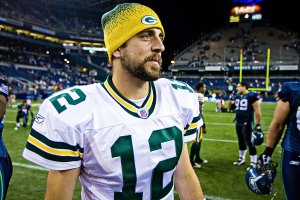 The Bucs and Bills are the two favorites out of the AFC and NFC at the mid-way point and there are several teams stacked right behind them that are more than capable of making a run and getting to the Super Bowl in Los Angeles.

The NFL is more wide open than any time in recent history and you can look at any of the top 10 teams and make the case for them to make a deep playoff run. A team like the Patriots (+4000) looked horrible early in the season but have put together a nice winning streak and look to have hit their groove with rookie QB Mac Jones.

To get in on the NFL action in the 2nd half of the season be sure to check out our Betting Offers page for the most up-to-date signup bonuses and promotions.

Brady has put together a great first half of the season by throwing for 25  touchdowns and has a decent chance to top his 2007 season in which he threw for 50 TDs. Peyton Manning has the NFL record with 55 touchdowns and Brady has an outside shot to top that record with the additional 17th game this year. The Bucs are 6-2 and still look like they can play much better football which is scary for the rest of the league.

Coach of the Year: Mike McCarthy

Mike McCarthy entered the season on the hot seat after a 6-10 finish in 2020 but has done a great job of getting the Cowboys skilled players in space to get off to a great start at 6-2. The Cowboys look like the top team in the NFC East and the rest of the division looks like they will enter the second half of the season in rebuilding mode with the next best record being the Eagles at 3-6.

Comeback Player of the Year: Dak Prescott and Joe Burrow

Dak Prescott and Joe Burrow both suffered devastating season-ending injuries last season and have bounced back in a big way in 2021. The Cowboys and Bengals are both in playoff contention this year and Burrow has 20 TDs so far and Prescott has 18. For as gruesome as both players’ injuries were last season it is remarkable to see them performing at such a high level so soon. 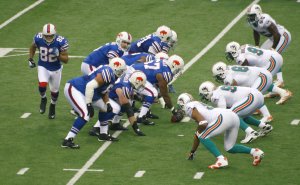 The Bills are the favorites to come out of the AFC

The Bills are still the favorites to come out of the AFC East but they need to keep an eye on the Patriots as they are only one game back and the offense under Mac Jones looks like they have found their rhythm and have won three in a row.

The AFC North is likely the best division in football and may get 3 teams into the playoffs if they all continue to play well down the stretch. The Ravens have the most dynamic playmaker with Lamar Jackson and are the favorites, but the Browns and Bengals have shown flashes that they may be the better all-around team and I would not be surprised to see one of them come out on top in the AFC North when all is said and done.

The Titans are head and shoulders above the rest of the AFC South despite the injury to Derrick Henry and should still make some noise when the playoffs roll around. 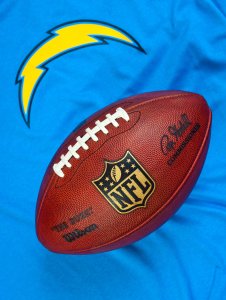 The Chiefs were the early season Super Bowl favorites but have struggled with inconsistency all year. The Chargers, Raiders, and Broncos have are back in contention after several years of rebuilding and have arguably better rosters than the Chiefs from top to bottom with the exception of Patrick Mahomes.

The Cowboys should cruise to a division title and have a great shot to get the overall top seed in the NFC due to their chances of stacking wins in the division down the stretch.

The Packers were without Aaron Rodgers due to his positive Covid test last week and this season has the feeling of a “last dance” vibe to it which makes the Packers very dangerous and likely playing with nothing to lose.

The Bucs are the favorites to come out of the NFC and make it back to the Super Bowl in back-to-back years, while the Saints look like they will be in the mix for the two wild card spots.

The Cardinals and Rams will be fun to watch down the stretch as both teams have plenty of depth and will be fighting for the top spot in the division to avoid the Wild Card.

The Players Best Tips Page will give you a breakdown of how to interpret NFL betting odds and other suggestions that can help give you an edge.