It’s hard to believe the 2021 NFL season is almost halfway over. Most teams still have nine games ahead of them, but we’re already getting a good idea about how the standings could shake out in each division. Let’s quickly run through breakdowns of the top contests from this past weekend before discussing the latest news and trades.

The Arizona Cardinals were at least guaranteed an overtime period when they drove to within Green Bay’s ten-yard line in the fourth quarter. The limited time remaining had fans wondering if an Aaron Rodgers Hail Mary was on the way, but the reigning MVP didn’t need a prayer to beat Arizona.

Kyler Murray attempted to connect with A.J. Green in the endzone on second and goal, but Rasul Douglas read the play well and picked off the third-year quarterback.

The Cardinals didn’t get enough from their offense to beat Green Bay while the Packers skated by with almost half of their offensive starters. 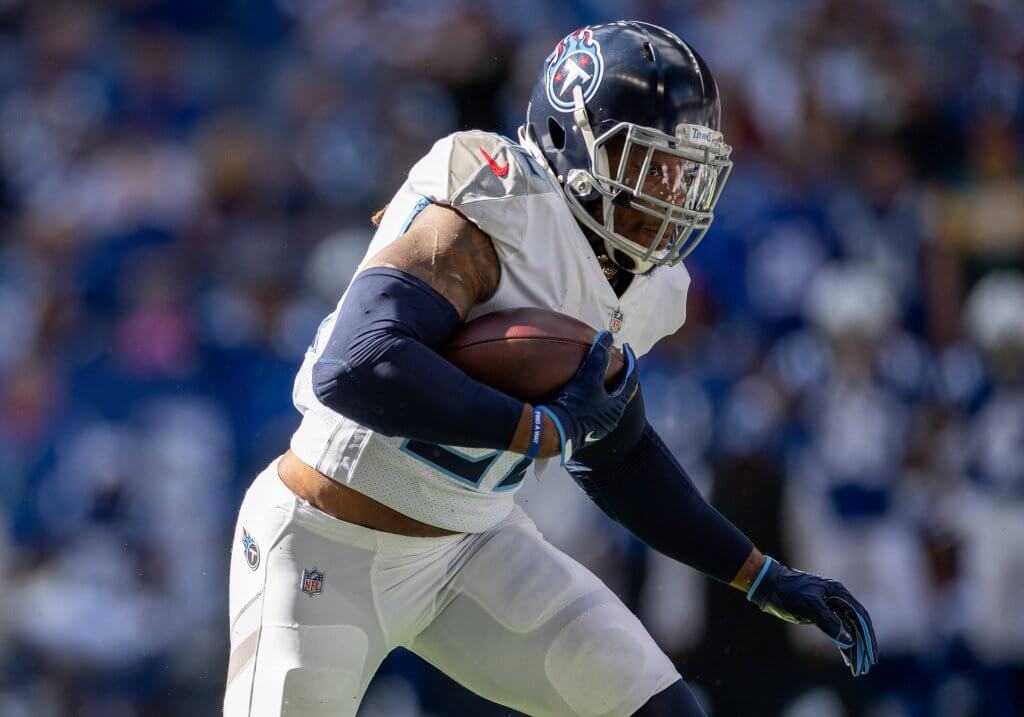 A.J. Brown almost singlehandedly dragged Tennessee past the Indianapolis Colts, giving Mike Vrabel’s team the tiebreaking win over their toughest divisional opponents. Brown caught ten of 11 targets for 155 yards and a touchdown. Derrick Henry was the only other Titan to account for over 35 yards.

Herbert Falls to 0-2 Against Belichick

Los Angeles remains one of the league’s most talented teams, but they could benefit from more disciplined play.

Mike White was a fifth-round pick by the Dallas Cowboys in 2018, but he didn’t see action until Zach Wilson got hurt in Week 7. The Western Kentucky product turned the tides in favor of New York after two foolish interceptions early in his first career start. He’s officially 1-0 as a starter.

While the White storyline catches headlines, New York’s defense deserves a lot of credit for containing Ja’Marr Chase and Joe Mixon. A great interception by Shaq Lawson late in the game actually set White up deep in Bengals territory and led to the game-winning score.

News came pouring out of every corner of the NFL on Monday. It started with updates on several superstars that sustained injuries on Sunday. Unfortunately, the news for most players wasn’t positive. Three key starters on playoff hopeful teams saw their seasons end in Week 8.

Jameis Winston won’t take another snap this season after tearing his ACL and suffering damage to his MCL. The former Buccaneer put his new team in position to upset Tampa Bay on Sunday. 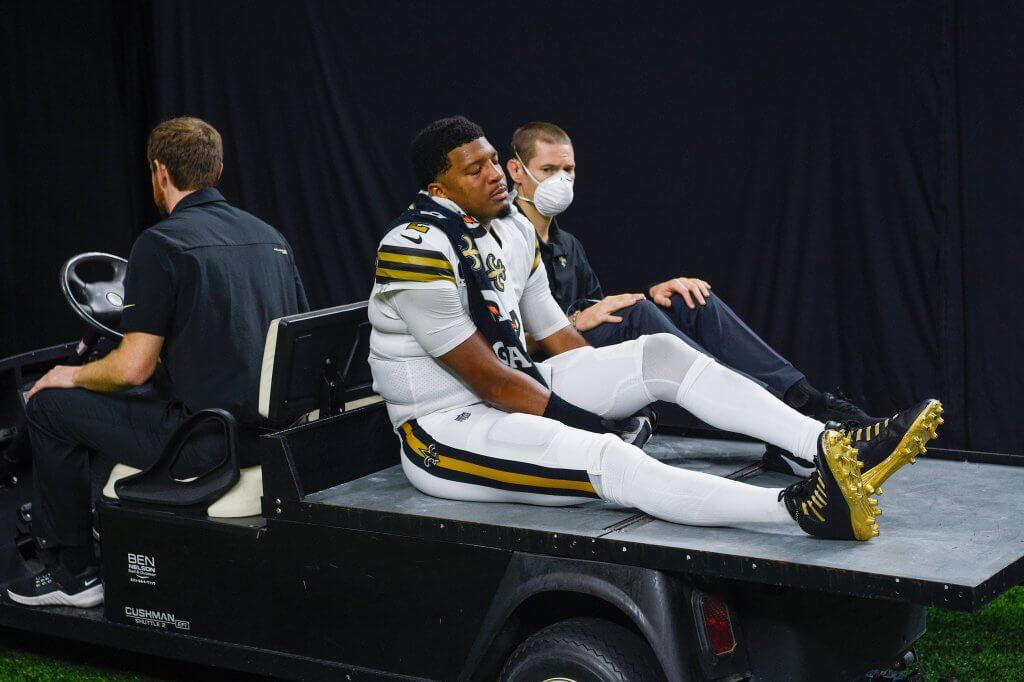 New Orleans Saints quarterback Jameis Winston is carted off the field after suffering a knee injury against his former team.

Derrick Henry is out for the foreseeable future and will undergo surgery on his foot on Tuesday for a fracture he sustained in the win over Indianapolis. Defensive end Danielle Hunter is also done for the regular season because of a torn pectoral muscle. Henry leads the NFL in all three main rushing categories, while Hunter leads Minnesota in sacks.

After ten and a half seasons, Von Miller is departing Denver. The eight-time Pro Bowler is headed to Los Angeles, where he’ll join forces with a superstar defense. Sean McVay in turn hands Denver a second and a third-round pick in the 2022 draft. The Rams are once again all in on winning the Super Bowl.