Week 8 kicked off last night with a thrilling game between the Cardinals and Packers that ended with a last-second interception by the Packers to get the 24-21 win. This weekend’s games feature several big divisional matchups and wraps up on Monday Night with the Giants vs. Chiefs. 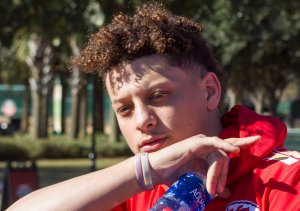 Mahomes is having an up and down season so far due to inconsistency mostly on the Offensive Line and Defense but a home game against the Giants may be just what the doctor ordered. In Daily Fantasy analyzing matchups is critical to success and I think Mahomes will have a big night on national tv vs. the Chiefs.

In Fantasy sports you need to be able to spot the hot hand and Burrow has been on fire of late and had a huge week against the Ravens last week. The Bengals will be on the road vs. the Jets this weekend and Burrow should put up big numbers on offense once again against a bad Jets team that looks like they will be in the running for the #1 pick in the draft.

Henry has been unstoppable over the last 7 weeks and should have another big day in the dome on the road against the Colts. Henry has a great break the single-season rushing record this season and with the Titans at 5-2 he is another player to keep an eye on for the MVP award.

A QB that hasn’t gotten a ton of notoriety this season is Vikings QB Kirk Cousins, who has led the Vikings to three consecutive wins and has 13 Tds to only 2 interceptions so far this season. Cousins and the Vikings will host the Cowboys in a big NFC matchup and I like Cousins to put up big numbers and prove to the rest of the NFC that the Vikings are serious contenders this season. 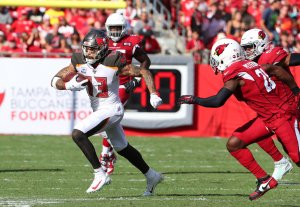 The Bucs have been the Super Bowl Favorites since week 1

The Bucs and Bills are tied for the best super bowl odds at +500 and several NFC teams are right behind them as the NFC has one of the deepest conferences in recent memory.

The Packers pulled off a big road win on Thursday night and they will be battling with the Bucs, Rams, and Cardinals for the #1 seed and home-field advantage down the stretch. Home field is going to be critical this year with teams this close in talent so the rest of the regular season in the NFC should have playoff-type atmospheres and must-win games each and every week.

Josh Allen, Dak Prescott, and Kyler Murray are at the top of the MVP odds as both QB’s have had monster years so far this season. A trio of older QB’s in Tom Brady, Matt Stafford, and Aaron Rodgers are right behind them as the QBs are more important now than ever in the pass-happy NFL. Derek Henry is sitting at +1600 and I think as the season goes on he will climb up the board as people realize how unique of a talent he is. With the QBs all putting up similar stats, I wouldn’t be surprised to see most of the voters turn to Henry as the pick for MVP as long as the Titans finish out the season well. 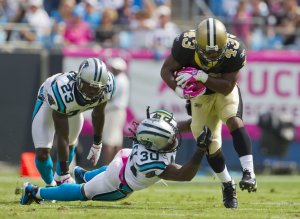 The Saints have a big game at home vs. the Bucs

Jameis Winston will get to face off against his old Tampa squad as the Saints look to pull off a big home upset over divisional rival Tampa Bay. The Saints offense has struggled to put up points on the offensive end after years of success with Drew Brees under center, but I think being at home in a big divisional matchup and a likely aggressive game plan from Sean Payton will keep the Saints in this game. The Saints have a physical front 4 on defense and are one of the few teams that can put pressure on Tom Brady. I think the Saints keep this game low-scoring and find a way to pull out a victory with a late field goal.

The Chargers come out of their bye week with a key AFC matchup vs. the Patriots, who look like they started clicking offensively last week in a blowout win over the Jets. The Chargers are the more talented team and with the Patriots having to travel out west the rested Chargers should be able to outscore the Pats and I like the Chargers to win by around 7 points or so.