SEC Rivalry week kicks off on Thursday Night with the Battle for the Golden Egg between Ole Miss and Mississippi State in Starkville. In the Iron Bowl, Alabama is a big favorite over Auburn but there have been some crazy outcomes in this matchup so you have to throw the records out the window.

Georgia and Alabama have locked up their respective divisions and will face off next week in the SEC title game, but there is plenty to be decided with bowl positioning and this week’s outcomes will determine teams’ final destinations. Head on over to our Betting Tips page if you want to get an edge heading into this weekend’s games. 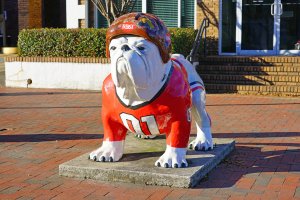 Georgia is the favorite to bring home the national title

With Oregon’s loss to Utah, the Pac 12 is out of the running for the CFP which may open the door for the SEC to get a second team into the mix. If Alabama wins against Georgia in the SEC title game they are in the playoffs with a 1 loss Georgia, but if Alabama loses a close game they still have a great chance to get into the playoffs. 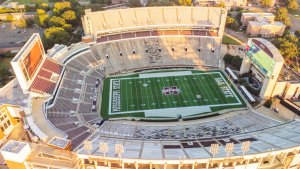 Mississippi State has played well down the stretch offensively

Mississippi State is the early favorite in what looks to be a rainy night in Starkville. The rain would probably favor an Ole Miss squad that has a better running game compared to the air raid style that Mississippi State brings to the table.

The Bulldogs have been playing extremely well down the stretch and will look to close out the season with a win over their rival. Mike Leach and Lane Kiffin are familiar with one another dating back to their time in the Pac12, and this could be one of the best games of Thanksgiving weekend in what is one of the most underrated rivalry games in the country.

Another game that should be a good one is a new rivalry that has emerged from border states Arkansas and Missouri. Both teams are bowl eligible and Arkansas will look to move to 8-4 after a solid second-year season under head coach Sam Pittman. Missouri has a young squad under coach Eliah Drinkwitz and will be looking to finish off the year with a big road SEC win.

Alabama and Auburn have split the last 4 Iron Bowls which is a sign that this game may be much closer than oddsmakers think. Auburn has struggled down the stretch after starting out the season well but has the tough task of trying to stop an Alabama squad that is motivated to finish well and get back to the College Football Playoffs. Crazy things have happened 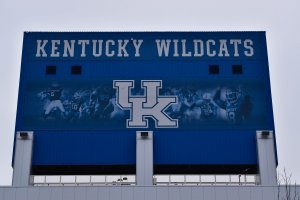 Kentucky is emerging as a consistent threat in the SEC East

Another in-state rivalry game that is a competitive game year in and year out is Kentucky vs. Louisville matchup. Mark Stoops has helped change Kentucky’s image from being a basketball-only school to being a competitive football program and they are in prime position to lock down one of the top second-tier bowl games like the Citrus or Gator Bowl. Kentucky is favored by 3 on the road and I think they should be able to pull off the win.

Alabama’s Bryce Young is in a great position to bring home another Heisman trophy to Alabama if he can finish off the season with consecutive wins against Auburn and Georgia. Young threw for 559 yards in last week’s win over Arkansas and it looks like the Heisman race will come down to Young or CJ Stroud from Ohio State who also had a big week last week tossing 6 TDS.

Ole Miss QB has an outside chance at winning the Heisman if both Alabama and Ohio State stumble down the stretch. If Ohio State loses to Michigan and Stroud has a rough game combined with a poor showing by Bryce Young against Georgia, Corral could be the default Heisman winner.

Check out our Offers Page for the most up-to-date list of new user promos and sign-up bonuses.

Week 12 is already here and this week’s SEC action is light ...