With three of the four wild card spots up for grabs as we head into the final few weeks of the season, we could be in a situation where we won’t know the playoff matchups until the final day. Let’s take a look at some of the MLB futures betting odds that are available and I will give you my picks on how I expect things to shake out.

Who will reach the World Series?

Below are some matchups that I feel have the best risk-reward ratio as we head into the playoffs. The Dodgers vs. Astros is the safe bet with both teams being the favorite in their respective divisions.

Recent world series runs have also shown how much getting hot at the right time matters and the Blue Jays are a team to keep an eye on down the stretch. They lead the lead in home runs and have the type of lineup that no one will want to face in a 5 or 7 game series. 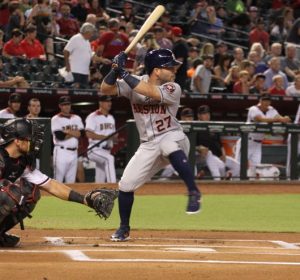 The Astros are the current favorites to win the AL (source: shutterstock)

The Astros hold a slight edge over the White Sox as the current favorite in the AL betting odds followed by the Rays and Yankees. This is the type of year the Wild Card winner has a great chance of winning the pennant with the division races being so closely contested. In fact, the Yankees, Red Sox, and Blue Jays match up well against the Astros and will be familiar with the Rays should they face each other in the divisional rounds.

In the NL, the Dodgers are still the favorite despite sitting 1.5 games back of the Giants in the division. The oddsmakers like the Dodgers pitching staff with Scherzer and Buehler as the 1-2 punch which will be very difficult to beat. Keep an eye out for the Brewers and Giants, who have played well against the Dodgers and have the pitching staff depth likely will have the home-field advantage to potentially upset the Dodgers. One other team to keep an eye on is the Cardinals, who have put together an impressive 2nd half of the season and site in the 2nd wild card spot. 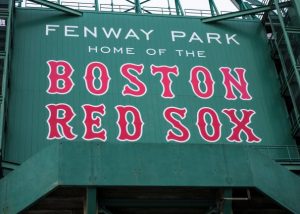 The Red Sox are flying under the radar but have an easy remaining schedule (source: shutterstock)

One of the best ways to gauge how the playoff seeding may shake out over the last month is to take a look at the remaining strength of the schedule for the contending teams. A few teams that stand out that are fighting for spots are the Red Sox, Phillies, Reds, and Blue Jays, who have 4 of the 5 easiest remaining schedules down the stretch, while the Yankees and Cardinals have much tougher finishing schedules.

An idea if you want to go deeper is to look into the team-specific season betting specials to see if you can take advantage of the analysis on the remaining schedule discrepancies.

The Red Sox have an easy closing schedule and get to face the Orioles six times in the last few weeks in addition to the Mets, Mariners, and Indians for three-game series. The Red Sox are tied for the wild card with the Yankees and Blue Jays and I like their chances to get one of the final spots with the way their schedule shakes out.

The Yankees have looked shaky on the mound over the last couple of weeks after they went on their 12 game winning streak in August. The Yankees close out the season with series on the road at Boston and at Toronto, followed by a home series vs. the Rays. I don’t think the Yankees pitching staff will be able to keep these high-powered offenses in check down the stretch and I see them missing the playoffs.