We head into the home stretch of the baseball season with some interesting storylines to follow with the playoffs around the corner.

Almost every team that is in consideration for a playoff spot has a legit shot to make a run to the World Series, which is bringing fans back to baseball after a decade or so of fan attendance going in the wrong direction.

Another driver of renewed interest in Major League Baseball this year is the access many states have to Daily Fantasy Sports and Sports betting. With baseball being such a long season, DFS and sports betting make your normal afternoon baseball game a must-see event when you have money on the line at one of the best US Online Sportsbooks .

Let’s take a look at some of the MLB Betting odds for the rest of the season and what to keep an eye on as the season wraps up. 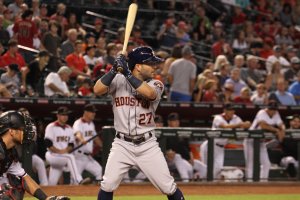 The Astros are once again the favorites in the American League

The American League is very deep this year and with two wild card teams now part of the permanent rotation for the playoffs, it gives an opportunity for teams that get hot down the stretch a shot to make some noise.

The Dodgers (+145) are still the heavy favorite to come out of the National League while the Giants (+320) and Brewers (+325) odds have improved as we have gotten closer to the playoffs.

Let’s look ahead at the potential National League playoff favorites:

The Giants and Dodgers have the two best records in baseball and the winner of the division will be the top seed in the NL playoffs. Let’s assume the Dodgers end up in the wild card spot and beat the Cardinals in the 1 game wild card round. The Dodgers would then turn around and play the Giants in a 5 game series in the Divisional Series which would knock out one of the top two teams in the National League before they reach the NCLS.

The way the playoffs look to shake out heavily favors the Brewers in my opinion, as they will have only have to get by the Braves and then they possibly will be well-rested to face the Giants or Dodgers who will have possibly beaten up on one another in the first round. 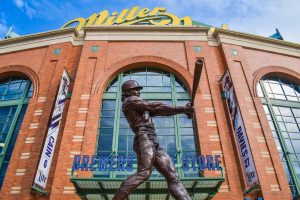 The Brewers will be a team to watch come postseason

Looking even further down the line we can get a gauge of how the World Series may shake out by looking at the current betting odds.

Here are the most likely outcomes according to oddsmakers:

One matchup that I could see happening that has very high odds is the Rays vs. Brewers (+1800), which probably isn’t the matchup the MLB office wants to see with both teams being from small markets. Think you know who’s going all the way? Combine your pick with offers and promos from the biggest operators and make even more cash.

Daily Fantasy Down the Stretch

Keep an eye on some mismatches down the stretch as teams that are no longer in contention try and get young players playing time.

Here are some lineups I like down the stretch that you should keep in mind for your Daily Fantasy lineups:

Both teams should finish the season strong offensively facing the pitching from these squads in addition to the motivation they have to get one of the remaining wild card spots.