The NBA Draft is just a month away. Each team that has been denied or eliminated from Playoffs will be looking to improve their rosters in order to win the NBA Finals 2023. The Lottery selected Houston (third), Oklahoma City (second), and Orlando (first) as the three first teams to draft. After a wild March Madness season and NCAA Basketball season. To maximize your winnings, you should find the best basketball betting sites before placing your bets on the Orlando Magic’s first overall.

Cade Cunningham (Oklahoma St.) was the first overall selection of the Pistons last year during the NBA Draft. At that time it looked like Ochai Agbaji (currently +25000) or Paulo Banchero (currently +325) could have been the first overall at the start of the season. There was even a chance Drew Timme of Gonzaga could of gone first overall, yet he is looking at getting drafted in the second round now. The conversation is now shifting to scoring-sensation Jabari Smith Jr. from Auburn (+100), or basketball-phenom Chet Holmgren (+125) out of Gonzaga.

The Orlando Magic took the fifth overall pick last year and chose Jalen Suggs from Gonzaga. Although he was looking to be a star in the early season, he suffered injuries such as a fractured thumb and had ankle surgery at the end of the season. The seven foot Holmgren also hailed from Gonzaga. This would be a smart move, especially if they believe he has generational diversity. However, their team is lacking in shooting depth. Cole Anthony’s 16.3 points per game ranked 73rd in league. It would be a smart move for the Magic to take Jabari Smith Jr. as their first overall pick.

Oklahoma City is second in the draft, and they are up three times during the first round. They would love to have Smith or Holmgren. They could also pick Paolo Banchero from Duke. Despite Coach K’s last season ending in disappointment, he performed the best out of any Duke players. It is important to show elite talent, not to try to be elite the entire season.

The next tier appears to be Purdue’s Jaden Ivey (Purdue),  Shaedon Sharpe (coming from Canada), and Keegan Murray, an Iowa shooting-phenom. If your team is already out of the hunt in the 2022 NBA Finals, get excited for the draft and find the best tips for online basketball betting through our useful tool.

Other top players to watch for in the early to mid first rounds are: Johnny Davis (Wisconsin), Bennedict Mathurin (Arizona), AJ Griffin (Duke), & MarJon Beauchamp who played at Yakima Valley College before joining the G-League after declining to play college ball (despite offers from Kentucky and UCLA).

Now that basketball season is coming to an end, bet with the Best Casino Bonuses and keep that winning streak alive.

With the February reporting in, Nevada has posted their third consecutive month ...

March Madness play in games are underway, but the main tournament starts ... 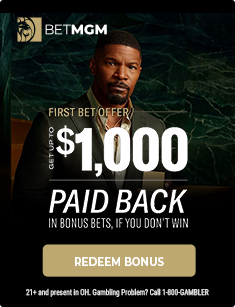 The Big 10 Conference Tournament will likely be as wild as the ...

March Madness kicks off March 15th, with Selection Sunday on the 13th. ...

The NCAA basketball tournament is right around the corner, and today we ...