After an impressive Conference Semi Finals, the NBA Conference Finals are now underway. Phoenix Suns fans were stunned by Dallas’ Game 7 victory (123-90), with Luka scoring a remarkable 35 points. The Boston and Milwaukee game also reached Game 7, with Boston winning by 28 points at home.

If Morant had been healthy, the Warriors would have lost. The Grizzly averaged 38.3 points per game, 3.0 steals and 8.3 assists in his three games. The Warriors instead won Game 6. In Philadelphia, Jimmy Butler and his Heat team beat the 76ers during Game 6. To get the best possible payouts, place your bets using the Best Bookmakers Online Tool.

Miami beat Boston on Tuesday, winning 118-107. The Conference Finals are now in the hands of the Celtics who have swept the Nets and won against the last year’s champions, The Bucks. Both Butler and Tatum have been playing MVP-caliber basketball, with similar stats (27.5 points per game, 5.3 defensive rebounds per games, and 5.5 assists per game in the last series). The Heat’s 41 points by Butler and Miami’s 22-2 run in the second half proved that they can reach the Finals. The legalized gambling industry is skyrocketing faster than most people can keep up with, use the best bookmaker deposit methods to help make everything easier.

Luka averaged 32.6 points per game, 9.9 rebounds per game and 2.1 steals per game in the seven game series against the Suns. This was the Suns team that was supposed to win the Finals. Now the Mavs will play the Warriors to see who will represent the West.

Golden State was unable to beat Memphis, even though Morant was hurt. This is due to their excellent defense and ball skills. The remaining three are becoming old, but Poole and Wiggins are still serviceable. Curry is still great but not as elite as he once was. The Warriors now face Luka Doncic, who is arguably the most talented player in basketball at the moment (aside from Giannis). Furthermore, Brunson has been playing high-level basketball, particularly during the last series. Dallas didn’t make it easy for the Suns nor Jazz, don’t expect them to stop their elite-basketball now.

Butler scored 41 points against Boston and is now averaging 30 points per contest, throughout all three rounds.  This is fourth highest ppg in the 2021-2022 playoffs (only after Giannis, Luka & Jokic). Although the team is playing well, Adebayo & Herro will be making significant plays to help the Heat beat the Celtics.

The Mavericks beat the Jazz in six games, while it took them seven to beat the Phoenix Suns. Although it seemed that everyone wanted Phoenix to win it all, Luka and his Mavs smothered the number one seed. If Dallas wins it’s almost certain that Luka will win the MVP.

Boston was one of the most underrated teams in the playoffs. They were thought to be the team to lose to both the Bucks and the Nets. Yet, they are here. They are not going to beat the Heat. But, look at what they did with Giannis and Milwaukee. Tatum has turned the switch and is now an elite player.

After Phoenix’s loss, the Warriors are now considered the favorites to win it all. The Warriors aren’t the same team as they were before during their 2015, ’17, & ’18 Championship years. They beat the Grizzlies but not in an impressive way. It could be anyone of the five to take the MVP if they do win, but go for the longest odds on Thompson, despite his similar play to Curry during the playoffs.

After a dominating effort by all higher seeded teams in Round One ... 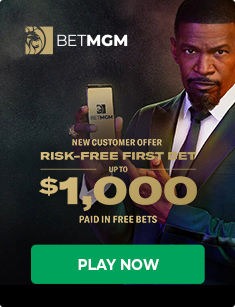 While the story around the NBA over the past week has been ...

We have another exciting week of NBA action this week with some ...

The NBA season is past the quarter-way mark and some of the ...