The NBA season kicked off a couple of weeks ago and some familiar faces are at the top of the standings as well as some surprises. The Golden State Warriors are looking like serious contenders once again and have a nice mix of young players and veterans and should get Klay Thompson back in the next couple of weeks.

Head on over to our Offers Page if you want to get the most up-to-date list of promotions and sign-up bonuses. 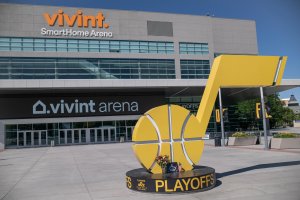 The Jazz are off to another great regular season start

The Heat are off to a great start in the East and have a different look with Kyle Lowry at point guard this season. The Jazz are 7-1 and at the top of the Western Conference standings. This could be a possible NBA finals preview as both teams have the perfect balance of depth and stars on their roster to make a deep run this season.

The Bulls are finally back in the discussions of being a playoff contender thanks to offseason additions like Lonzo Ball and Demar DeRozan. The Bulls play a fast up tempo style on offense and have nice length on the defensive end and are a team to keep an eye on as the season progresses. Ball is turning into a star and looks to finally have figured his outside shooting form out. The 76ers are without Ben Simmons but Tobias Harris and Joel Embid are providing the sixers with an awesome 1-2 punch that has the Sixers at the top of the Eastern Conference Standings. 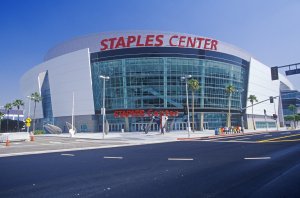 The Lakers will be without Lebron James and are coming off a disappointing loss to the Thunder on Thursday night as they look to recover on the road against the Blazers. The Lakers have the look of a team that could have the wheels come off at some point this season with an aging roster and plenty of egos. The Blazers could turn into sellers at the deadline if doesn’t look like they will be in contention this year. Damian Lillard and CJ Mccollum could both generate hefty returns on the trade market and are 30 and 31 years old. Don’t be surprised if you see Lillard and McCollum shipped out of Portland and playing key roles on other teams down the stretch. A couple of teams that seem like fits are the Mavericks for McCollum and the 76ers for Lillard.

Head on over to our Tips Page for the most if you want to get further details on how to take advantage of NBA lines.

In the Eastern Conference, the 76ers are 7-2 and at the top of the conference, standing followed by the Heat and Bulls.

The Nets are off to a bit of a slow start based on being the presumptive favorites to win the NBA title and are still waiting to hear back from the league on whether or not Kyrie Irving will be allowed to play at some point this year. The Nets are not allowing Irving to play due to his refusal to take the Covid-19 vaccine and it does not look like he is going to change his stance any time soon.

In the West, the Jazz are off to another great start and are followed by the Warriors and Mavericks. The Lakers and Clippers are both off to slow starts thanks and it could be a long season for Los Angeles basketball fans based on the way things are looking. The Clippers are likely to be without Kawhi Leonard this season and were built in a way that made Leonard and George the faces of the organization without much of a supporting cast.

The Lakers have the opposite problem where they look to have too many cooks in the kitchen and could be dealing with injury woes all year with an aging roster like theirs.

Surprisingly the Lakers and Nets are still the top favorites to win the NBA title this year despite shaky starts from both teams. With Lebron James on the Lakers and Kevin Durant on the Nets, it shows how much oddsmakers value superstars. The Bucks, Warriors, and Jazz are behind the Lakers and Nets with the next best odds as the NBA looks more wide open than ever before which is a great sign for NBA fans across the country.