NFC West rivals clash on the Week 10 edition of Monday Night Football as the 3-5 San Francisco 49ers host the 7-2 Los Angeles Rams. The Rams need a win tonight to tie the Cardinals record atop the NFC West, while the 49ers desperately need a quality win to keep their playoff hopes alive.

The spread in this game is surprisingly tight, but should it be? As always, we’re here to give you advice before you bet the spread, points, or props including anytime touchdown scorer. Once you’ve got the picks, find the best site to place your bets with our list of the Best Football Betting Sites . 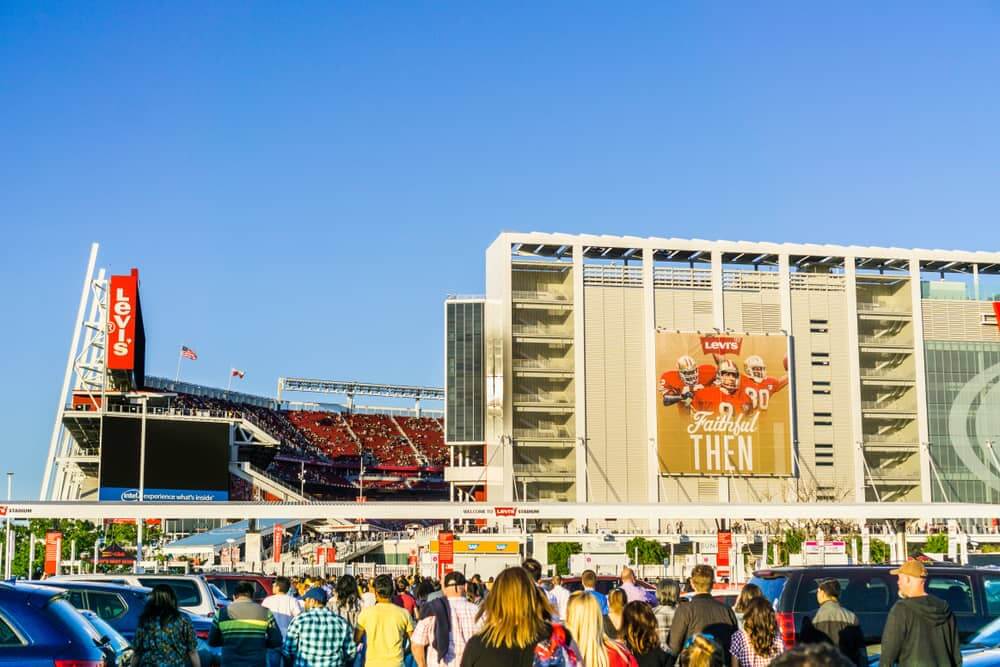 The spread has bounced around a little bit, but stayed surprisingly tight considering one of these teams has seven wins and the other has three. Don’t forget that two of those wins came in the first two weeks of the season, meaning the 49ers are 1-5 in their last six games with their only win coming against the Bears.

However, the 49ers have been the Ram’s, and Sean McVay’s kryptonite as they’ve won the last five contests between these two teams. This year could be different for the Rams. For one they’ve gotten an upgrade at QB with Matt Stafford under center. They are also plugging in their latest addition to the offense, Odell Beckham Jr. at Wide Receiver following a season-ending injury to Robert Woods.

Both teams come into this game off of losses, the Rams were stifled by the defense of the Tennessee Titans, and the 49ers let up 31 points to the Kyler Murray-less Arizona Cardinals. Home field advantage may not mean much seeing that the Rams are 4-0 on the road this year, while the 49er’s are 1-11 at home over the past two seasons. That one win coming against… the Los Angeles Rams.

Divisional matchups can always be a little wacky to predict, but the Rams are too good of a team to not take here. Take them in the moneyline and give up the 3.5 points on the spread as well.

In the eight games prior to their loss last week, the Rams were averaging over 30 points. The 49ers on the other hand have averaged just over 20. Take those two numbers, add them up, and you’re right at 50. Still, this game doesn’t have the feel of a shootout. The 49er’s haven’t shown an ability to put up points at will so far this season, and divisional rivalries end up being defensive slogs more often than high flying score fests. Take the under here.

Strange to see this TE with such high odds to score a touchdown, but that’s what happens when you get injured and miss a solid chunk of the NFL season. Still, if the 49ers have a prayer of winning this game Kittle will need to be heavily involved. For that reason, I’d put money on him to get into the endzone.

For a riskier pick, go with Brandon Aiyuk at +260. He got off to a slow start, but has seen seven and eight targets in his last two games. San Fran should have to throw the ball quite a bit in this one as well.

Do we get back to the days of George Kittle dominance? If San Fran wants to be successful they better hope so. Coming off of a eight target, six reception game Kittle looks healthy and will continue to be a focal point of this offense.

Make the most off of your bets by taking advantage of the great offers and deals located on our Betting Bonuses Page . Here’s just a sampling of the offers you’ll find:

The surging 4-3 Pittsburgh Steelers play host to the struggling 3-5 Chicago ...