The 2021 NFL season continues throwing curveballs. We saw four division leaders lose on Sunday, including a pair of eight-win teams. This season is one of the best in recent memory because it feels like anyone could get hot at the right time and make a Super Bowl push. Luckily there are plenty of games left before the field narrows and we hit the playoffs.

Today we’ll recap some of the best performances from the weekend and dive into the most important games. 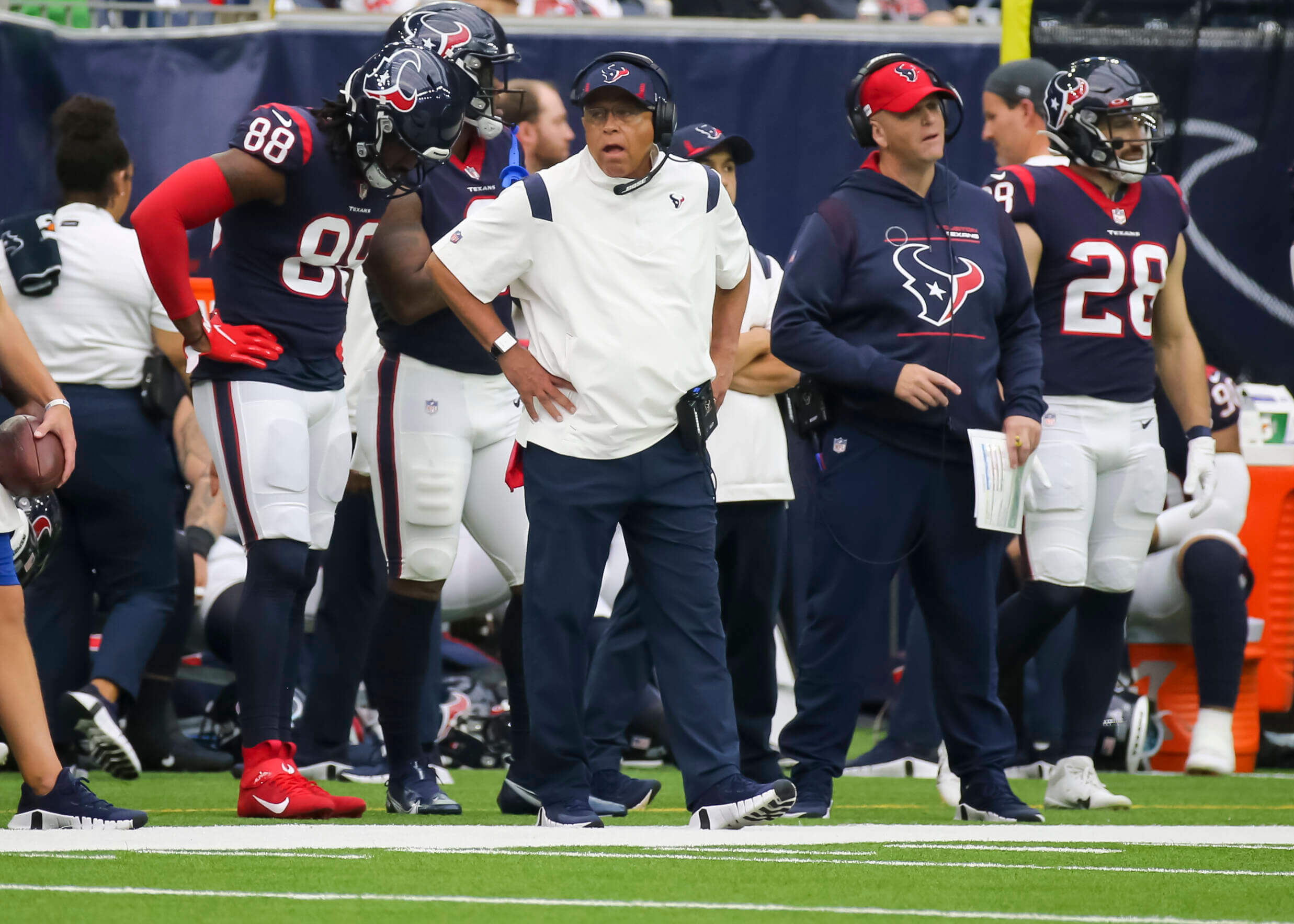 Jonathan Taylor destroyed Buffalo’s game plan on a rainy day. Carson Wentz only had to throw for 106 yards as the second-year running back racked up 185 yards and four touchdowns on the ground. He also caught a touchdown.

Josh Allen’s struggles continued. He threw two interceptions for the second time in the past three weeks, and the Bills fell 41-15. New England now owns the AFC East crown and has a one-game lead on Sean McDermott’s team.

Houston, we have an upset!

The Texans entered Sunday on an eight-game losing streak while Tennessee had six consecutive wins. None of that mattered as Houston intercepted Ryan Tannehill four times in the 22-13 upset.

David Culley’s team only gained 190 yards of offense, but that was enough to stave off a late comeback bid. Indianapolis is two games behind Tennessee in the AFC South.

Minnesota is finally back to .500 after several heart-crushing losses. The Packers and Vikings combined to score 18 points in the final three minutes, but Greg Joseph had the last laugh. The embattled kicker punched a game-winning boot home as time expired.

Dallas entered the weekend shorthanded, and things got worse when CeeDee Lamb suffered a concussion just before halftime. Dak Prescott couldn’t get in a rhythm without Amari Cooper (COVID-19) and Lamb. He threw two interceptions and didn’t score a touchdown. 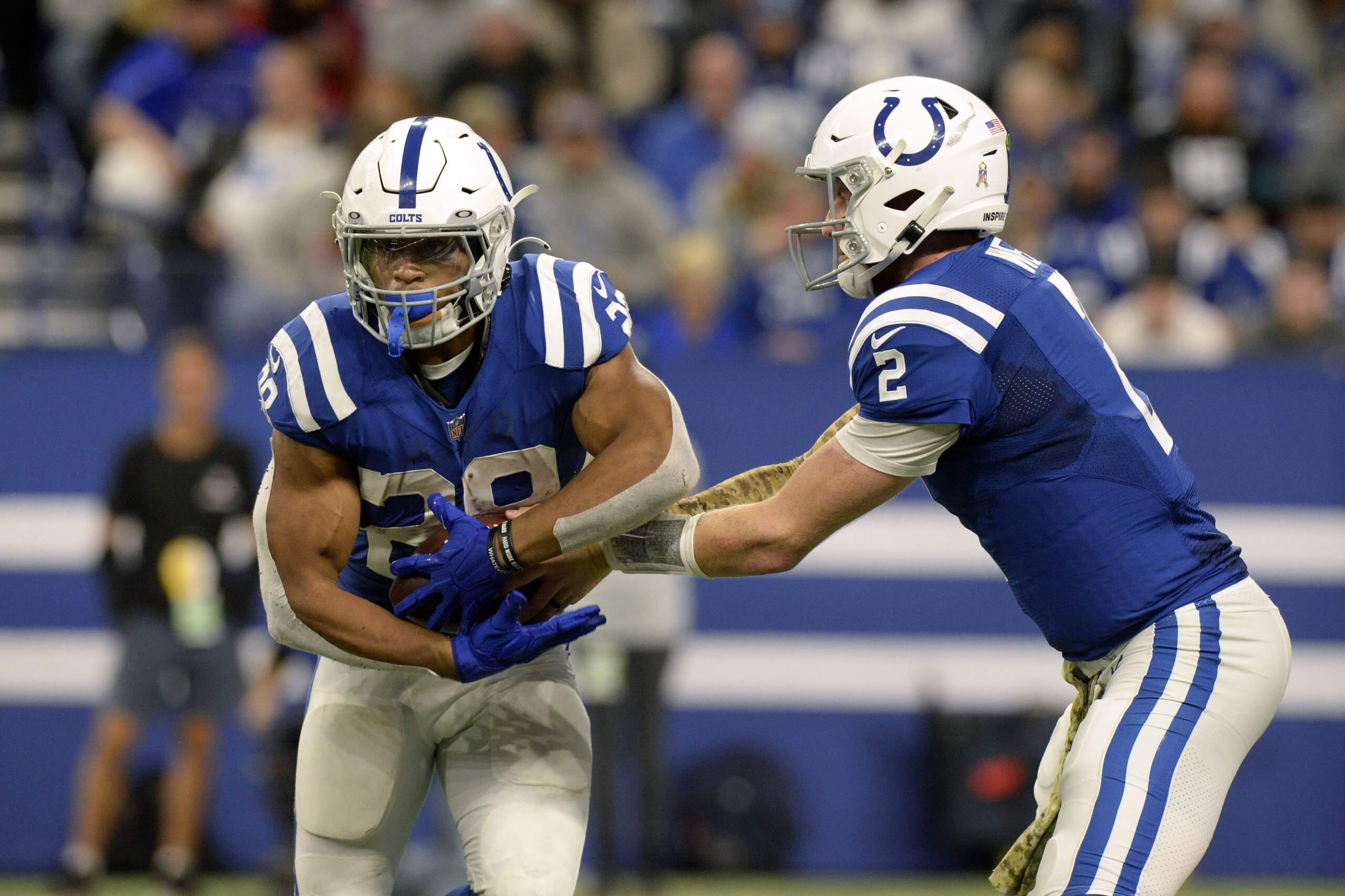 Who says running backs are becoming irrelevant? Week 11 was an amazing weekend for some of the league’s top backs. Jonathan Taylor inserted his name into the MVP debate with a 185-yard rushing performance against the Bills. He’s on pace to win the triple-crown.

Nick Chubb has missed three games, but he’s still third in rushing yards because of performances like the one he had against Detroit. The Pro Bowler ran for 130 yards, but second-year Lions back D’Andre Swift outproduced his fellow Georgia product.

Swift averaged 9.7 yards per attempt as he raced for 136 yards and a touchdown. He has 266 rushing yards over the past two weeks and 555 on the season.

Cincinnati’s Joe Mixon is the last running back we’ll highlight. The Oklahoma product battled injuries last year, but 123 yards on the ground and two rushing touchdowns against Las Vegas raised him to fourth in both categories this season.

Justin Jefferson and Elijah Moore were the weekend’s best wide receivers. Jefferson amassed over 100 yards in the first half against Green Bay and finished the day with eight receptions for 169 yards and two scores. His 944 receiving yards rank fourth in the NFL.

Meanwhile, Moore had his first big game. The rookie from Ole Miss caught eight of 11 targets for 141 yards and a touchdown. New York was rightfully optimistic about Moore’s future when he went 34th overall in the 2021 NFL Draft.

Several sack artists continued dominant years in Week 11. Robert Quinn and Chris Jones, who Kansas City recently moved back inside to defensive tackle, each had 3.5 sacks. Quinn has double-digit sacks this year, marking the fifth time in his career he’s reached that achievement.

Darius Slay also deserves a mention for getting his mojo back after an awful 2020 campaign. The former All-Pro cashed in a pick-six on Sunday.

The NFL is a superstar driven league, and we saw some fantastic ...