Week 5 of the NFL season kicked off on Thursday night with a big 26-17 win by the Rams over the Seahawks on the road to get to 4-1. The Seahawks struggled offensively as Russell Wilson sprained his finger in the third quarter and missed most of the second half.

Looking ahead to this weekend’s games we have an early kickoff in London between two 1-3 teams in the Jets and the Falcons, and the Colts and Ravens close out the week 5 slate.

As always, be sure to check out the Players Best Betting Bonus page for the most up-to-date offers from top sportsbook operators like Draftkings, Fanduel, and BetMGM. 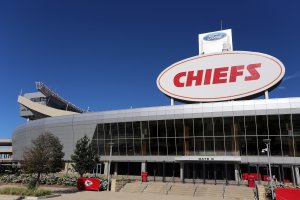 This early in the year the super bowl odds tend to move around quite a bit, but it looks like we can narrow down the possible Super Bowl winner to one of the following teams:

If the Super Bowl winner does not come from one of these teams it will be a major surprise as each of these teams with the best odds each has Elite QB play. In today’s NFL, the rules prevent hard hits on the quarterback which gives teams with elite passing games an edge.

Coach of the Year Odds

Brandon Staley is the current favorite (+700) to-win coach of the year as he has the Chargers rolling heading into the bulk of their AFC West schedule. Kliff Kingsbury (+900) and Sean McVay (+1000) are right behind him and we should see plenty of rotation amongst favorites as the season goes on.

One coach to keep an eye on is Mike McCarthy (+1600), who has the Cowboys’ offense rolling as the Boys look like they will dominate the NFC East this year. With the competitive balance in the other division, the Cowboys could finish the year with the best record in the NFC which would likely make McCarthy the favorite.

Comeback Player of the Year 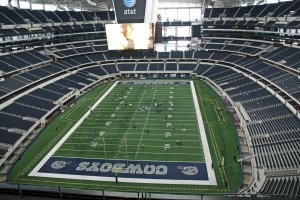 Here are the current favorites for comeback player of the year:

Just like the Coach of the Year award, this looks like Dak Prescott’s award to lose due to the schedule the Cowboys play over the course of the season. Dak is also a player to keep an eye on for the MVP award this year and could be a great value play at (+1000). 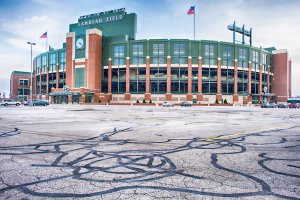 This will be an interesting battle of 3-1 teams that are entering the matchups riding some momentum. Joe Burrow looks great playing on his surgically repaired knee and has given the Bengals hope that they can win now in what looks like a division that is up for grabs in the AFC North. Aaron Rodgers is back in the MVP discussion and I think this game will come down to the team with the least amount of turnovers. I like the Bengals to find a way to pull the upset at home in this one.

This is the one game I am most looking forward to watching this weekend as both teams have high-powered offenses led by Baker Mayfield and Justin Herbert. Both teams have the talent to make deep runs in the playoffs and this game could end up being a factor in playoff seeding once all is said and done in the regular season. In balanced matchups like this, I like to go with the home team and I think the Chargers will be able to outscore the Browns on their home turf.

Another big AFC matchup between the Bills and Chiefs on Sunday Night Football creates another can’t miss event for football fans. The over-under is set at 56.5 and we could see both teams in the 40s if the offenses get rolling in what looks like will be perfect weather in Kansas City.

The baseball season came to a close over the weekend which means ...