The NFL season has been very unpredictable so far this season with so many good teams and more depth than we have seen in years from top to bottom. Fantasy Football has made each week compelling outside of who wins or loses the game and with the addition of Daily Fantasy, the intensity has gone to another level. Place your bets and find the best sportsbooks available in your area.

Josh Allan leads all quarterbacks in fantasy points and looks like he should continue to have a big year throughout the rest of the season. Through the first six weeks, he has 15 passing TDS and 2 Rushing TDS and has thrown for 1723 yards. With the rest of the AFC east looking like they are in rebuilding mode it could be an MVP season for Josh Allen.

After a slow start, Derrick Henry has put up 5 straight 100 yard games and has 783 rushing yards through the first 6 weeks with 10 TDs. If Henry keeps up his current pace he has a great shot to break the single-season rushing record which was set by Eric Dickerson back in 1984. With today’s pass-happy NFL, Henry is a throwback player with a physically dominant rushing style and could be the best to ever play the position by the time his career is over. 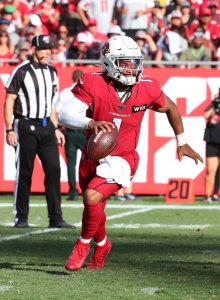 One of the big surprises for one of the top fantasy performers so far this year has been Cooper Kupp a WR for the Rams. Cupp already has 653 yards receiving and 7 TDs through the first six weeks of the season and is another player to keep an eye on that could make a run at the NFL record books with the season expansion to 17 games. Kupp is a perfect fit in Sean McVay’s offense and has clicked right away with Matthew Stafford.

For the most up to date sign up bonuses and promos be sure to head on over to our Offers Page . 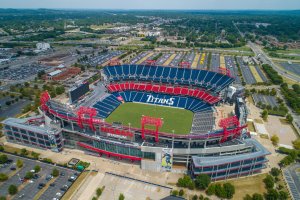 The Titans have a big matchups at home vs. the Chiefs

One of the biggest games of the weekend is between the Titans and Chiefs in Nashville. Despite the Titans being at home, the Chiefs are the favorites which speaks to the confidence the oddsmakers have in Patrick Mahomes. The Cheifs defense has been suspect all year and I think the Titans will use Derrick Henry to keep the ball out of Mahomes hands.

Another big AFC matchup as the Bengals travel to the Ravens on Sunday with the Ravens sitting as a 6.5 point favorite. The Ravens have been dominant as of late and come off a big win over the Chargers at home last week.

The NFL is so competitive and each week presents a new challenge and I think the Bengals can keep this game close and possibly come up with an upset. When an NFL team looks unbeatable like the Ravens have that is normally when they fall back to earth and are most susceptible to a big upset.

My favorite risk-reward parlay bet is the Titans, Panthers, and Falcons to all win at +700 odds. The Titans have the toughest game but will be at home and if they win I really like the odds of the Panthers beating the Giants and the Falcons taking down the Dolphins.