Week 9 started off with the Thursday night matchup where the Colts beat the Jets 45-30. Jonathan Taylor had quite the game with 200 total yards and 2 TDs. The only reason the score was so close was that the Colts started putting in their backups to get experience. The Jets looked better with White & Johnson than they have with Wilson, but that defense should be relegated into college football. Continue monitoring the Football Odds Comparison page to see updated moneylines and spreads. 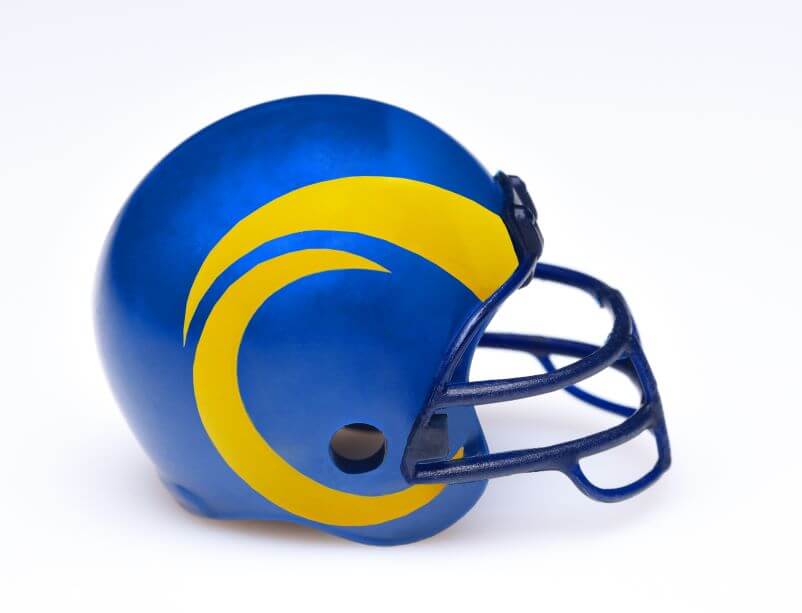 Look for LA Rams’ Stafford & Kupp to have a big game and beat the -7.5 spread against the Tennessee Titans.

QB Matthew Stafford (LAR) has been great this year, Tennessee’s defense has not. Tennessee gives up the 24th most points to QBs. Without Derrick Henry running out the clock, expect Stafford to throw TD after TD to his receivers.

RB Austin Ekeler (LAC) is squaring up against Philadelphia this week, who is 30th against the run. The only two teams worse than Philly this year have been Detroit and the Jets. Ekeler is a dual threat in the air and on the ground. He has scored 8 TDs in 7 games played.

WR Cooper Kupp (LAR) is a great combo with Stafford this week. Not only do they eat breakfast and strategize together, Tennessee gives up the most points to WRs. Kupp has already had some big games this year, expect this to be up there. He’s worth paying big in DFS this week.

TE Mike Gesicki (MIA) is playing Houston, who is 29th against TEs. Furthermore, Gesicki is the best TE Houston has faced so far. Gesicki has been playing a larger snap count and has been averaging over 10 yards per carry in the last 5 weeks. 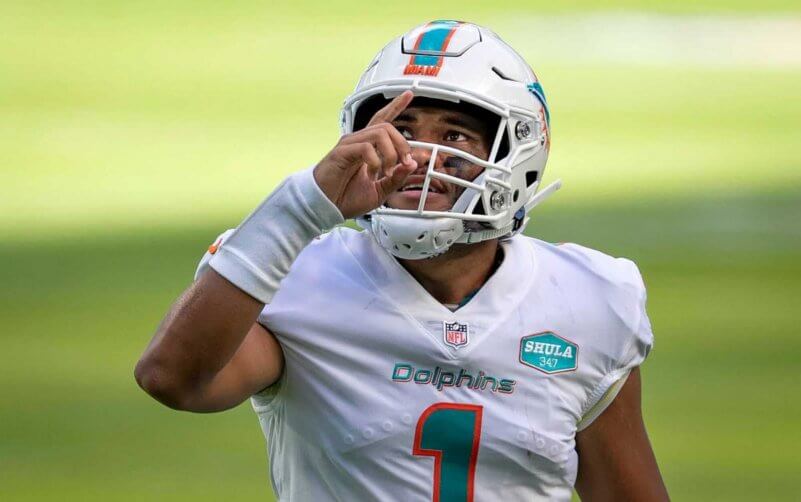 Tua and the Dolphins are playing the struggling Houston Texans defense.

QB Tua Tagovailoa (MIA) has looked good after coming back from injury. His performance last week against the Bills #1 QB defense was serviceable and will discount his price this week. Houston gives up major points to running QBs and TEs. Combo Tua & Gesicki for optimal points this week.

RB Boston Scott (PHI) looked good against Detroit last week. It’s hard to believe that Detroit and the Chargers are basically back-to-back in points given up to RBs. The Chargers have a soft box that Scott can exploit, especially if Hurts can’t get it done in the air.

WR Rashod Bateman (BAL) went 3/80 in the last game against the Bengals. After a bye week to prepare, watch out for this first-round rookie to have a breakout performance against the Vikings who are 29th against WRs.

Discover and compare which site to throw in your best bets, while exploring the limited offers each site provides.

RB Barkley and WR Shepard are going to be out again. Although Daniel Jones is playing better this year, it’s clear the lack of consistency has caused struggles. The Raiders defense is 12th strongest against QBs this year and 2nd best against WRs.

On the other side of the ball the Giants are just a lower medium defense who struggle against QBs, RBs, WRs, & TEs in the red zone. With no Ruggs this week, Carr should be passing it more to TE Waller, and WR Renfrow and Edwards. The Raiders should go up early and run the ball effectively with Jacobs and Drake. The Raiders should easily win by more than a field goal.

Tennessee just signed veteran free agent Adrian Peterson because RB Derrick Henry and backup Evans will be out this game (and many more games). The Titans now have the task of rewriting their offensive plan, perhaps without Julio Jones as well. It doesn’t help that they have a bad defense that is the worst in the league defending WRs.

On the other side, Kupp is having a career year with his new BFF Stafford. Even if Kupp is double or triple covered it still leaves Robert Woods or Van Jefferson much more open. The Rams have also traded for Von Miller making their defense that much better. Therefore, I’d expect the Rams to win by two scores easily.

Personally, there are so many sports to bet on this time of the year. It is easy to split screen the Sunday Night football game and catch a great NBA matchup as well. When looking for great odds for basketball, look no further than the Best Basketball Betting Odds.