Week 3 of NFL action kicks off with the 2-0 Carolina Panthers visiting the 1-1 Houston Texans. The Panthers are heavy road favorites, but just how much should they be favored?

Get all the information you need on how to bet Thursday Night Football’s Week 3 spread, points and props. All betting odds provided by the DraftKings Sportsbook. 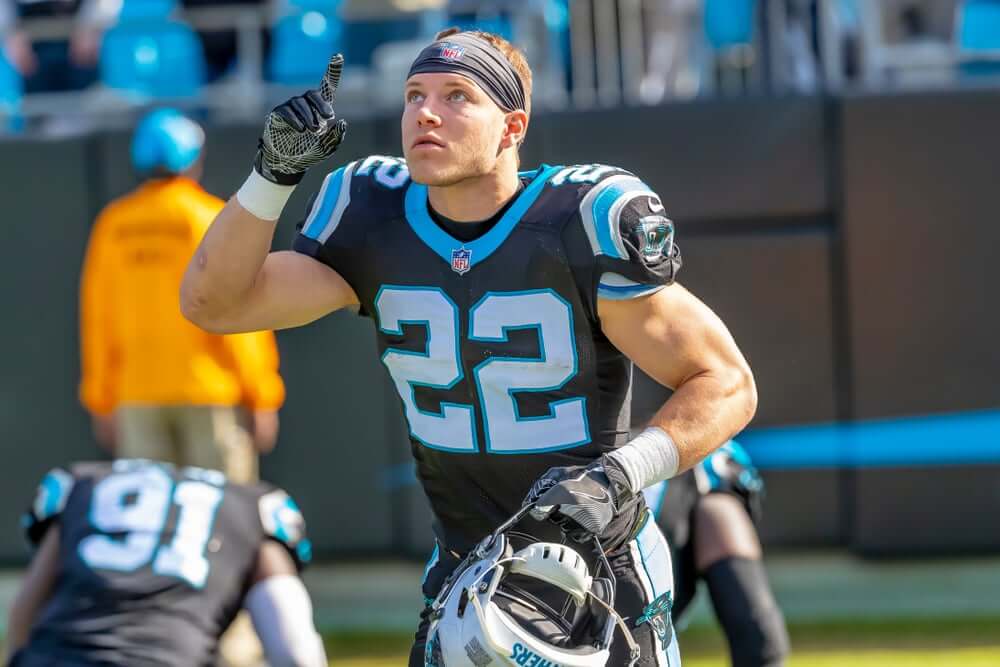 There’s a good chance this line might change by the time you go to place your bets. The line opened at 4, then after Tyrod Taylor news hit got all the way up to 8.5. It’s now settled back at eight. To be honest, I’m surprised this spread isn’t larger. Houston has been competitive thus far, but a lot of that was due to the play of Taylor who will be missing for this game. Starting instead will be Davis Mills, a rookie who looked inconsistent during the five series he was on field for last week in Cleveland. Mills only completed 8 of his 18 passes for 102 yards, one touchdown, and one interception.

As for Carolina, their defense has been stout. The Panthers D sacked Zach Wilson six times in week one and added four more in week two. That defense currently holds the top slot in the NFL for yards allowed per game (190) and points allowed per game (10.5). Granted they did only play the Jaguars and Jets.

Offensively, Carolina has been hot. Sam Darnold looks right at home alternating between big plays downfield to Robby Anderson and D.J. Moore, chunks in the middle to TE Dan Arnold, and check downs to the ever dangerous Christian McCaffrey.

The Panthers will score points in bunches and the Texans will struggle to keep up. Take the Panthers -8 before this line gets even bigger again.

Don’t just bet on the Thursday Night game, with our oddspedia table, you can see odds for every game and how they compare to odds given across multiple sportsbooks.

This line has also fluctuated greatly since the news that Taylor would miss the game. It first dove way down before growing back to 44 and now settling at 43. With the spread the implied final score is a Texans win 26-18.

The Texans will be lucky to score that many points. They’re starting a rookie QB in a short week, and he’ll be playing against a tough D-line that should regularly get pressure in his face. Outside of WR Brandin Cooks, Houston doesn’t have the playmakers to score in bunches. Take the under here.

The speedster doesn’t need a lot of touches to get going. He can put a solid statline in a competitive game with two or maybe three receptions. However, in this game I expect Carolina to get off to an early lead and lean more on the ground game.

Combine that with the fact that Anderson only had one reception in week one and three in week two and it seems unlikely that he’ll be needed for a big night on Thursday. Anderson’s unlikely to have four or more touches.

If the narrative goes to plan, the Panthers will get off to a large first half lead, and rely heavily on the run. Run CMC has shown he’s liable to break a big one against any defense nevertheless the Texans D. Expect him to go over 17 yards on a run, maybe even two.

Alright, so this one is admittedly a stretch. Are there much safer bets like CMC as a first TD scorer? Of course, but we’ve seen this before. Rookie QB on a short week of prep, bright lights of a primetime game, big nerves on the first drive, and a corner who jumps a safe short route then takes it into the endzone.

Draftkings has come onto the scene in the Daily Fantasy Sports and ...