Two titles are on the line as the current Light Heavyweight champ Jan Blachowicz looks to defend his belt again, this time against Glover Teixeira. The co-main sees Bantamweight’s Petr Yan and Cory Sandhangen compete for the interim title. All of the action, including Khamzat Chimaev looking to stay undefeated vs Li Jingliang, goes down Saturday night at UFC 267 when it returns to, “Fight Island” in Abu Dhabi.

PlayersBest is here to give you the best UFC betting tips. We’ve already put together a list of the Best UFC Betting Sites so you know where to get the most bang for your buck. 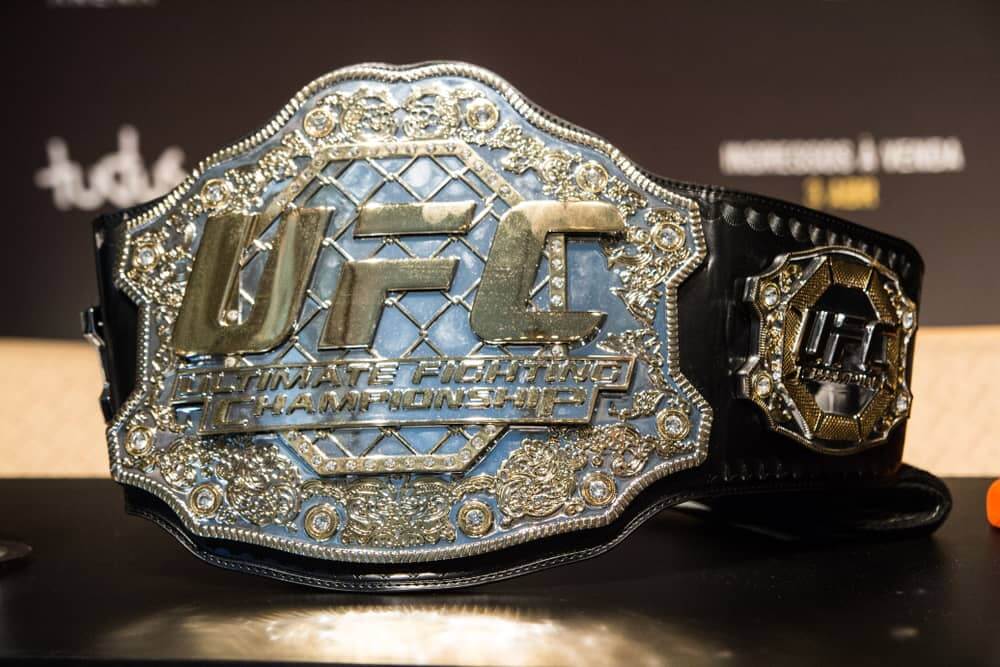 Two Belts are up for grabs Saturday at UFC 267

Jan Blachowiz, the 38 year old Pole will look to make his second light heavyweight title defense on Saturday. This is feat only the greatest UFC fighters in that weight class have been able to pull off. The other four to pull it off are all household names in the UFC world: Jon Jones, Daniel Cormier, Chuck Liddell, Tito Ortiz, and Frank Shamrock .

Will Blachowicz be able to add his name to that list? If the odds given by our online sportsbooks are any preview the public and the online sportsbooks definitely think so. The Polish brawler most recently beat Israel Adesanya back in March. This was seen as a big upset and it’s now propelled him to be the big favorite in this fight.

With the 32 year old Adesanya out of the way, it’s now the 42 year old Glover Teixeira’s turn to take a shot at the champ. This fight is likely his last chance at the belt, returning once again after losing the title fight to Jon Jones in 2o14 at UFC 172.

The Brazilian has had somewhat of a renaissance of late, and he’s taking a five fight winning streak into Saturday. Still, Blachowicz has fought the tough competition and deserves to be a favorite. I’m not sure he deserves to be this big of a favorite though.

These large odds are likely a reaction, and possibly overreaction, to a few different factors. One is that fight between Blachowicz and Adesanya. The entire UFC fanbase saw Jan upset Israel, whereas Glover’s last five fights have mostly been under the radar affairs. The next is age. People are quick to point out that Teixeira will be 42 in this fight, but few follow up that Blachowicz is 38.

Below you can see all of the fights, and their odds with our odds comparison tool.

Our second title fight of the night sees Petr Yan and Cory Sandhagen duke it out for the interim Bantamweight belt. These two are best known for the striking ability, however Yan’s grappling skills go overlooked, and it’s much better than that of Sandhagen’s.

A main reason why Sandhagen is the underdog in this fight has to do with he how got into this title bout. He was only brought in as a replacement for the fight about 40 days back. This means he had much less time to prepare than Yan, who had the luxury of a full training camp.

If you look into the stats, replacement fighters only succeed about a third of the time. Take the numbers along with Yan’s more well-rounded skill set and Yan seems the likely victor in this contest.

Underneath the co-mains is another fight to be excited for. Khamzat Chimaev, the Swede by way of Chechnya, will look to stay undefeated and boost his stock vs the Chinese veteran Li Jingliang.

Jingliang is no pushover, in fact he’s improved with each fight. When he first appeared on the MMA scene he was great on the ground, but with time his striking his improved. He’s shown that he now possesses lethal knockout power.

Chimaev has already been presumed by many to be the next champion of the welterweight division. He’s a powerful and skilled wrestler, and uses his large frame well to handle opponents early in fights. He’s rightly a massive favorite in this fight. So much so that you might be better off taking a winning round prop or winning method prop. Look for Chimaev to win in the first (+120) or for him to win by submission (+200).

Another way you can boost your chances is by looking through our Betting Offers Page . There you’ll find the best legal operator promotions and deals on the internet. Check out some of those offers listed below

It seems the tide of sports betting in the United States has ...