Only one week after UFC 267 we get UFC 268 in which Kamaru “Nigerian Nightmare” Usman will make his fifth Welterweight title defense vs. Colby “Chaos” Covington in a rematch of UFC 245. This isn’t the only title on the line as two-time Strawweight champion Rose Namajunas will defend her title. So in a rematch of UFC 261 vs. former champion Zhang Weili. Get the best betting info on both fights below, and for live odds on every UFC fight be sure to check out our odds comparison page where you can get up to minute odds and compare them across multiple sportsbooks at once . 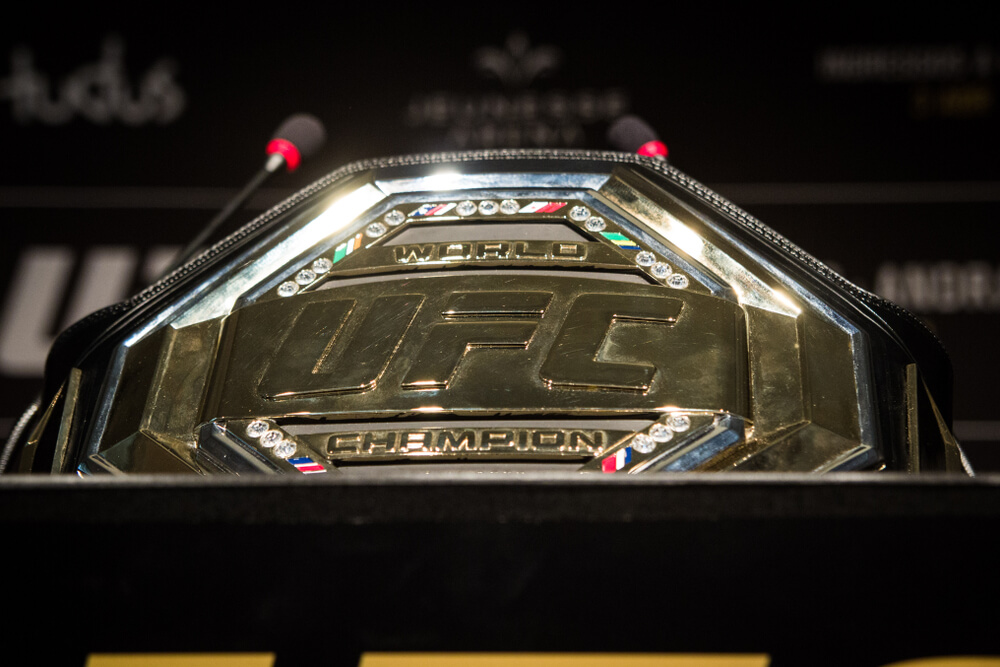 Odds on Usman vs. Covington 2

It’s been just short of two years since these two met in what was a five round absolute slugfest that ended with Usman breaking Covington’s jaw and winning the fight in the fifth and final round. Since then both men have had very different trajectories.

Usman is now riding a 14 fight winning streak and defeated Gilbert Burns in between his two wins over Jorge Masvidal. He stands atop the UFC as one of the sport’s best. Meanwhile, Covington has only fought once since his loss to Usman, a fifth round stoppage last September vs. Tyron Woodley. Usman has undoubtedly gotten better since their first fight. Covington has been vocal about wanting his revenge.

Usman only finished two of his ten opponents prior to facing Covington. Since then, the fight has been stopped in three of his last four, and in dramatic fashion nonetheless. It’s scary to think about how good of a striker Usman has become knowing that he also is a NCAA National Champion and All-American Wrestler. In fact, during his six year UFC career, the Nigerian Nightmare has not been taken down a single time! Usman will control this fight, and if it’s on the mat it will be because Usman wants it to be there.

Covington doesn’t seem to have the knockout power to finish Usman with one, or even a few solid punches. As mentioned before, his wrestling will be trumped by Usman’s. This tells me the only way for Covington to win this fight will be to take it the distance and land more significant strikes. I don’t see that happening and would take Usman to win via a knockout (+150).

The co-main event is also a rematch. In a rare turn of events both women will fight directly after facing each other seven months ago for the UFC strawweight championship. In that contest, Namajunas sent Zhang to the mat just 78 seconds into the fight with a left kick to the jaw before jumping on top of her and pummeling with punches. It was over before it even started.

So what should we make of this going into the rematch? We know Rose has a smooth flow to her fighting style and prefers to keep distance while striking. Because i would rather get right in her opponent’s face and take the fight to them with relentless force and attitude. Up to that point, Zhang had dominated the UFC winning 21 fights in a row.

Prior to their first fight, Zhang had dominated the UFC winning 21 fights in a row. Perhaps this is why the formerly defeated champion Zhang (-120) is the favorite in all of our online sportsbooks over the current champ Namajunas (+100). Neither fighter has a huge history of finishing fights by submission and this tells me the fight will either end from KO or decision. Zhang will fight angry and take it to Namajunas for 25 minutes if necessary. Look for her to end it before the 25 is up and take the (+330) Zhang win by (T) KO.

Make sure to make the most out of this fight by taking advantage of the great deals and promotions listed on our betting offers page. Find just a few of those offers listed below.