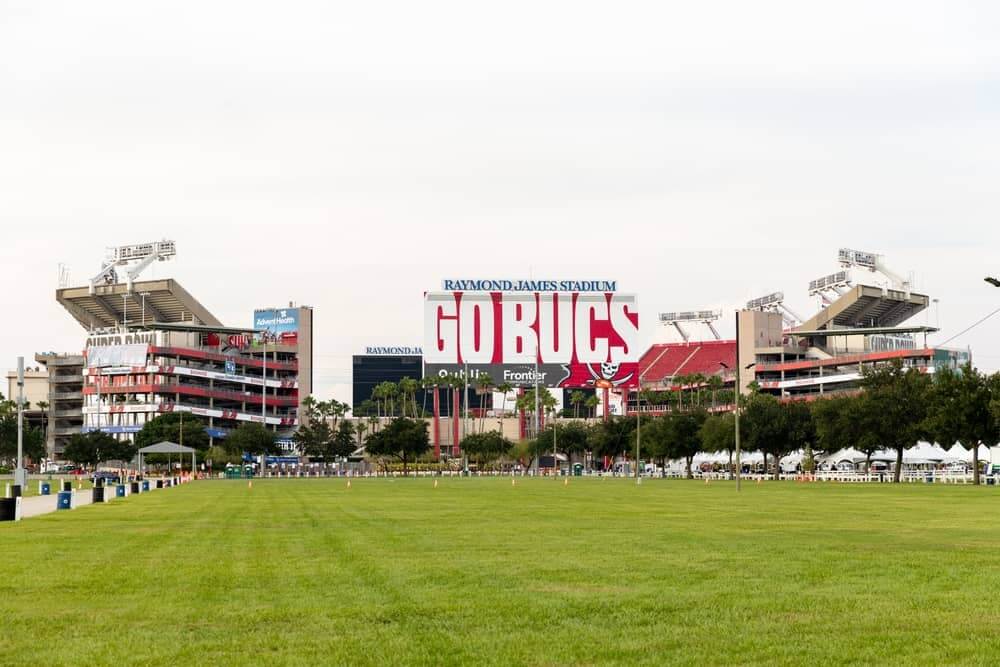 For the Week 11 edition of Monday Night Football the 3-8 New York Giants head down south to take on the 8-3 Tampa Bay Buccaneers. The question for many isn’t if the Bucs will win, but how big, especially with Tom Brady coming off of two upset losses to the Saints and Washington Football Team.

We’re here to help you sort through all of the storylines and figure out how to bet the spread, point total, and props like anytime touchdown scorer. Once you know who to bet, find the best place to bet with our Best Online Sportsbooks for Football page.

The spread got as big as 11.5 points in favor of the Buccaneers before coming down to 10.5. At a first glance it makes sense, Tom Brady and the defending Super Bowl champion Buccaneers returned all 22 starters from last year. They are most people’s favorites to win it all and they started the season 8-1.

However, even when the Bucs have been winning, they haven’t been the dominant force many thought they would be this year. In fact, they are only 3-6 against the spread this season, but it doesn’t seem to be bringing their lines down on a weekly basis.

The Giants on the other hand have been thriving as underdogs. Sure their 3-8 record isn’t great, but they are 5-4 against the spread, and cover over 60% of the time when they’re the underdog. Combine this with the fact that they are as healthy and well prepared as they are going to get since they are fresh off of a bye and I like the Giants to cover the 10.5 points tonight.

We all the Buccaneers can put up points in bunches. They’ve had games this season where they scored 48, 45, and 38 points. They are also coming off of a game where they only managed to score 19 points. So which Tampa Bay offense are we more likely to get? I think we’re likely to get something in between the two with Antonio Brown out and Rob Gronkowski making his return.

The Giants offense will likely be the key to whether or not the over hits. Saquon Barkley is back, but even when he started the season healthy wasn’t a game changer like he was in the past. He’s only amassed over 100 scrimmage yards in one game this season and his top rushing performance was 57 yards on 13 carries. The Giants will put up some points, but not enough to make me want to take the over.

For this game’s props I’m looking at a likely game script and connecting the dots. The Bucs are almost guaranteed to be playing with a lead or at least a close score for most of this game. That means the Bucs will run the ball often, and Fournette should get plenty of touches.

When Fournette has seen 15 or more carries in a game he’s rushed for more than 80 yards all three times. All three of those came in wins as well. Fournette will see plenty of opportunity tonight and will carve up the Giants D on his way to a big night.

You can’t win every time, but you can increase your odds with things like free bets and boosts. Find the best promotions and deals with our Betting Bonuses Page. Here’s just a taste of what you’ll find there: