Week 11 in the NFL kicked off Thursday with the Patriots continuing their dominance, this time against the Falcons. The Patriots shut out the Falcons, scoring 25 points themselves with 4 field goals, a defensive touchdown, and a touchdown by WR Bourne. The most interesting thing the Falcons did was throw 4 interceptions with 3 QBs. Review tips to boost your chances of maximize winnings with our Football Betting Tips page.

Seattle’s top RB Carson is officially out for the year deciding on season-ending neck surgery, while WR Julio Jones of the Titans finds his way to the IR. The top headline of the week belongs to Antonio Brown with allegations, from his personal chef, that he made a counterfeit vaccine card. The Buccaneers are investigating these reports, but if he was found guilty it would lead to a lengthy suspension and perhaps being cut from the team. Other key offensive injuries include Arizona’s DeAndre Hopkins, Green Bay’s Aaron Jones, San Francisco’s Elijah Mitchell, New Orleans’s Alvin Kamara, & lastly Dallas’s Amari Cooper.

Prescott and the Cowboys electric offense will take on the Chiefs’ weak defense. They are 31st in the league against QBs, therefore Prescott should have a field day. Even though Prescott will be missing Cooper due to COVID, he still has Elliott, Lamb, Gallup, Schultz, and more offensive weapons.

Each week it is easy to pick a DFS running back, whoever is playing the Chargers. This week it is Pittsburgh, and they like to run the ball, specifically solely to Harris. It is not hard to see the Steelers giving it to Harris over 30 times this game on the ground and a in the air. The Chargers don’t defend the run well and instead defend the pass and keep plays in front of them. The conservative play calling allows Harris to be the top DFS RB this week.

Rookie Bateman is looking like he could be a legitimate star. In only 4 games he has racked up 18 catches for over 200 yards. This should be his break out game against a Chicago Bears team that is not good at defending receivers.

Let the ‘Muth luth Steeler fans yell. Rookie TE Freiermuth has had a few breakout games, and after a not-so-great matchup last week, look for the ‘Muth to run luth against a Chargers team who is 6th worst against TEs. Read more about the Betting Guide between the Steelers and the Chargers. 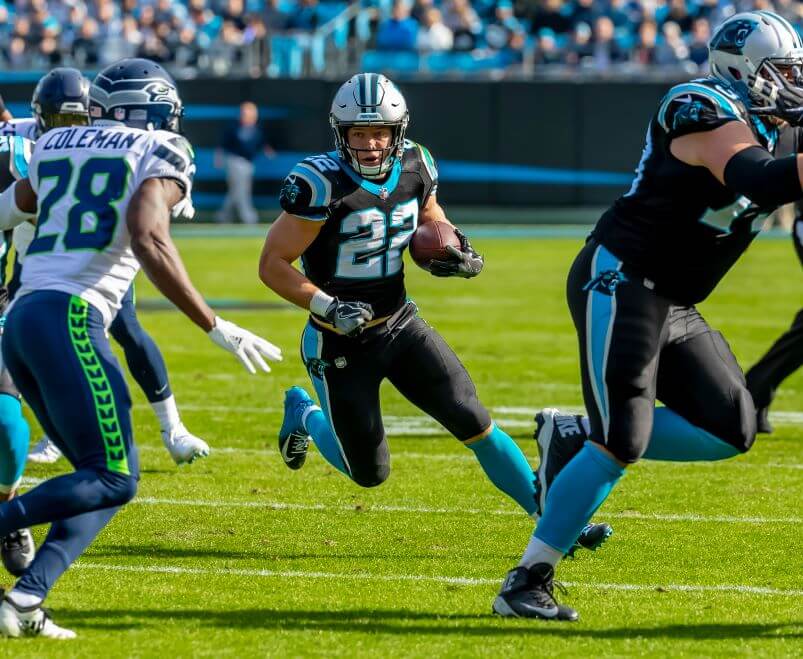 Both QB Cam Newton (Panthers) and HC Ron Rivera (Football Team) will be coming back to Carolina for the first time, and it just so happens that they get to play against each other. The Panthers have great offensive weapons, McCaffrey alone when he plays gives the Panthers a chance to win every game, and he is healthy. Newton somehow looks better than Darnold and should involve Moore and Anderson in the passing game better. Washington actually ranks with the 2nd worst defense with a fantasy perspective, giving up the most points to QBs and 2nd most to WRs. Therefore, look for the Panthers to continue their winning streak against Washington this week.

This should be easy money, the Dolphins are playing hot and have QB Tua Tagovailoa back from his finger injury looking great against the Ravens last week. The defense has really stepped up their game with more turnovers, sacks, and pressure in general. This week the Dolphins are facing the Jets, who will be throwing out Joe Flacco at QB. The hot Dolphins defense will be against Flacco who went 0-4 as a starter last year for the Jets, that alone screams Fins. Furthermore, the Jets defense is the worst in the league, and the Tua is good at taking advantage of bad defenses.

The NBA has been unbelievable so far this year, keep up to date on all the odds to place the best bets before tip off.

Week 10 started off with an unusual Thursday Night game. The Dolphins ...