World Series Game 6 Preview, Betting Odds and What to Watch For

If you are a baseball fan it is tough to swallow that we are down to the last couple of games of the baseball season but at the same time we could be looking at one of the best World Series matchups in recent memory if we are lucky enough to get a game 7.

The season looked like it was going to wrap up on Sunday night after the Braves got out to a 4-0 lead in the first inning at home, but the resilient Astros chipped away and came home with a 9-5 win to send it to Houston for game 6.

Head on over to our Betting Tips page to get further insight on how you can get an edge in Game 6 or 7. 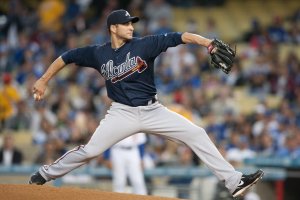 Max Fried will be on the hill for the Braves against Luis Garcia who will be starting on short rest after going 3.1 strong innings and throwing 72 pitches in Game 3.

Fried struggles in his first World Series start giving up 6 runs in 5 innings and will look to bounce back the second time around against the Astros offense.

I like the way the Astros bats came alive in game 4 and I think they will put pressure on Fried early. Key for Fried will be avoiding the big inning and trying to get a quality start on the mound and get the ball to his bullpen with a chance to win the game. The Astros have the capability to blow the game open with a big inning as they proved throughout the playoffs so far this year.

The Astros have a slight edge on the Moneyline as the experts think this will be a relatively close game. The Braves played very well in game 1 in Houston and then struggled in game 2 so it will be interesting to see which Braves team shows up in game 6.

The run line is close enough to the Moneyline at only a point and a half that it would make sense to just go with the Astros or Braves Run line if you feel good about either team the Run line is the better risk-reward play in a game like this that should see plenty of runs.

I think the Astros carry their offensive momentum from game 5 into Game 6 at home and have a high likelihood of winning. If I were an Astros fan, game 7 is one that I would be concerned about especially if they use most of their bullpen in game 6.

I like this game to have more than 9 runs as the Astros will be starting Luis Garcia who will be pitching on short rest and the Braves will trot out Max Fried, who had a very rough outing in Game 2. The Astros lineup hits lefties well and I think they will put up runs early and this game will come down to the bullpen where we could see something like a 7-5 final score. 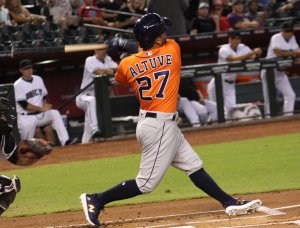 Altuve hopes to have a big night back in Houston

The Astros have struggled on offense so far in the World Series and only put up more than 2 runs in 2 of the 5 games so far. The offense finally seemed to gain some confidence in game 6 and it will be interesting to see if they can continue the momentum at home in game 6 and 7. With a lineup as talented as the Astros, the odds are they will put up some runs so the Braves will have to come to Houston ready to put up some runs if they want to take the World Series trophy with them back to Atlanta.