Manchester United manager Ole Gunnar Solskjaer has reacted dismissively to claims from other Premier League managers that his team receive a disproportionate amount of penalties. Both Liverpool manager Jurgen Klopps and Tottenham Hotspur boss Jose Mourinho made suggestions earlier this week that United are awarded more penalties than their teams. 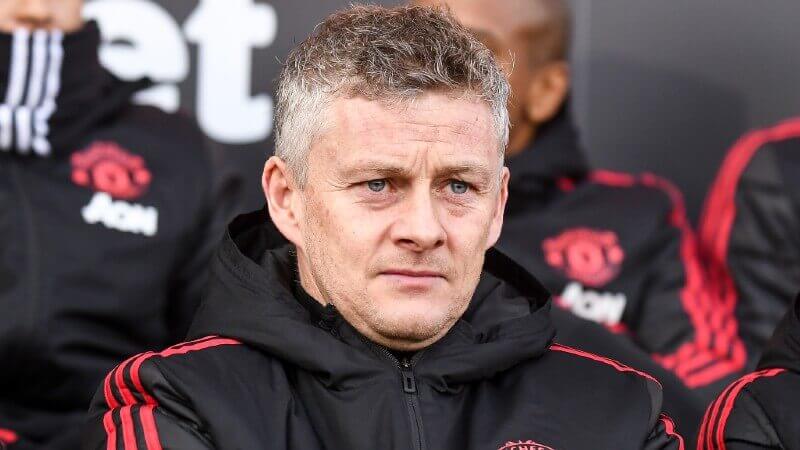 The Red Devils boss intimated that Klopp’s real purpose in raising the issue was to influence referees. The Liverpool coach raised the issue in comments he made following the Reds’ 1-0 defeat to Southampton at the weekend.

United have won six penalties in the Premier League this season, while Liverpool have won five and Spurs three. Solskjaer took over as United boss in December 2018 and since then his team have been awarded 42 penalties in all competitions compared to Liverpool’s 19.

Klopp and Mourinho are not the only Premier League managers who have raised the issue of United’s penalties in recent times. Last season, before the FA Cup semi-final, Chelsea manager Frank Lampard intimated that VAR was helping United win more penalties than other teams.

Solskjaer felt that Lampard’s comments worked in the semi-final last season as United were not awarded a penalty that Solskjaer felt was nailed on. In fact, the incident involving Antony Martial occurred outside of the penalty area.

“I don’t count how many penalties they [Liverpool and Spurs] have, so if they want to spend time on worrying about when we get fouled in the box, I don’t spend time on that,” Solskjær said.

The controversy earlier in the week did little to help United in their Carabao Cup single-leg semi-final against neighbours Manchester City on Wednesday evening. City won 2-0 at Old Trafford, thanks to second-half goals from John Stones and Fernandinho.

United were eliminated at the same stage of the competition last season, and were also knocked out at the semi-final stage in the FA Cup and Europa League. The Red Devils have enjoyed a recent run of strong form in the Premier League, though, and now sit in second place in the table behind Liverpool.

United have the same number of points as the Reds, 33, but have a game in hand. They begin their FA Cup campaign this weekend with a home tie against Watford on Saturday evening.

A Bernard goal in extra time meant the Everton eventually saw off ...

Latest News
Everton See Off Spurs in 9 Goal Thriller
A Bernard goal in extra time meant the ...
Only 13% of UK Gamblers Spent More During Pandemic
According to research conducted by the UKGC, Britain's ...
How Has The Pandemic Affected The Online Casino Business?
The Covid-19 pandemic has ground the world to ...
Solskjaer Shrugs Off Premier League Penalties Claim
Manchester United manager Ole Gunnar Solskjaer has reacted ...
UK Gambling Industry Shows Further Growth Throughout 2020
The UK gambling industry has managed to overcome ...
Top Betting Sites
Top Betting Bonuses

Move to Top
×
Your Bonus Code:
The bonus offer was already opened in an additional window. If not, you can open it also by clicking the following link:
Visit Site
Close
Galactic offers: Don't miss out!