Getting into the World Cup is a bit like getting into my space crew: it’s incredibly hard work, and not everyone makes it – as the Republic of Ireland and Azerbaijan are currently finding out. They each sit like fallen stars at the bottom of Group A, hoping that their second clash will yield something a little more definitive.

They’re both teams with a rocket’s worth of potential, but very little to show for it in terms of results. Indeed, even a dramatic turnaround in either’s fortunes will likely do little to impact their fate with regards to World Cup qualification. They also seem to be cosmically kindred spirits, coming into this intriguing, likely hardfought contest with an unique balance of tension and ease. Theoretically, there’s everything to play for, but with a friendly sense of fun.

Underdog Azerbaijan Squad Have Reason to be Hopeful

Azerbaijan have a single point to their name thus far in their now vanquished hopes of World Cup qualification. That comes from their last meeting against the Republic of Ireland. Not only that, but thanks to a stunning first half full stop in the form of a beautiful goal by Mahmudov, it looked like they might just shock their opponents from the Emerald Isle.

That’s plenty of reason to be confident, especially if you also consider that they also looked dangerous in their 2-1 defeat to Luxembourg. The question I think will have the most meteoric of impacts in this match is how deflated are the team now? They’re sitting at the bottom of the standings, despite all their efforts, and after a 3-0 loss to runaway Group A leaders Portugal. 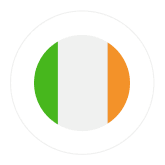 Ireland’s Potential Needs to be Backed up by Results

There looks to be about as much chance of a meteor strike as there is Ireland qualifying for the World Cup right now. They’d need to win all of their final three games, hope Serbia lose theirs, and also best them on goal difference to even make it through the second round.

Still, their campaign had its moments. They’ve looked impressive even in defeat, such as in their 2-1 heartbreaker against Portugal, where Ronaldo proved too much for 19-year-old Gavin Bazunu. That showcased their potential. Their follow ups–  a 1-1 draw against Azerbaijan where Shane Duffy rescued his home team in the 87th minute, and a point stolen from Serbia thanks to an own goal – saw them look flawed, and lucky. Could this be where they put it all together?

Considering the Republic of Ireland and Azerbaijan have only had a single game – the one I’ve already discussed as part of my analysis – I think I can put the ship’s supercomputer on stand by. There’s not much need for great mathematical effort to work out the lay of the land on this one.

They have a single meeting to really understand each other’s form, and that one was inconclusive. Nonetheless, it showcased Azerbaijan’s surprising stopping power as well as the resilience of Ireland. Ultimately though, there’s much more unknown than known in this particular dynamic.

These two may have only faced each other once but there’s few more important contests than one which took place so close to an upcoming match. With that in mind, please enjoy my captain approved statistical highlights.

Azerbaijan vs. Ireland
04 / 09 / 2021
Aviva Stadium | Republic 0f Ireland: 1 vs Azerbaijan: 1 | World Cup Qualifiers
Highlight #1
These two have only ever faced each other once before
Highlight #2
That game went to a draw
Highlight #3
It represents Azerbaijan’s only point in the competition thus far

In terms of a full time result, this is one I could really see going pretty much any way, with a reasonable level of probability. Therefore, I think what holds the best value is actually Emin Mahmudov to score anytime.

Back Mahmudov to Score for High Value Odds

Whenever people ask me for a prediction, they often actually mean my prediction in terms of who will win the match. The truth is that I can’t say that either of those markets hold, in my opinion, a particularly high level of odds value. That’s because these two couldn’t come to a winner before, and with qualification winding down and potentially dwindling motivation, there’s just too many variables.

I actually think in terms of odds value then, we should look at the man who has consistently performed for his home country throughout this qualification period and that’s Emin Mahmudov. He shocked the defences of both Luxembourg and the Republic of Ireland, and even Serbia in their 2-1 loss. Based on past results, Emin Mahmudov scoring seems very much on the cards, but the odds don’t seem to reflect that, providing what is in my opinion, great betting value.

Tip: Emin Mahmudov to Score Anytime
Odd: 8/1
Bet Now
×
Your Bonus Code:
The bonus offer was already opened in an additional window. If not, you can open it also by clicking the following link:
Visit Site