The online football betting universe is one of ever-shifting momentum. Just like the galaxy is in a constant state of flux, so are the teams themselves. That’s what makes Premier League betting tips UK and this upcoming game between Leeds and West Ham United so interesting.

Like a shooting star, the latter got off to a spectacular start. On the other hand, home team Leeds United have thus far failed to capitalise on their better than expected results from last season. But, are those tides shifting? That’s what I aim to find out. 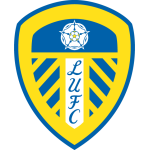 My first point of order is to check out how the home team have been getting along, and to use that as my foundation for my Premier League betting tips. Well, they can hardly be accused of being boring. Raphinha rescued them a point against Everton, while Bamford did the same against Burnley in a 1-1 draw. Their most recent outing against Newcastle ended the same way, meaning they have thus far failed to win a game.

However, Leeds looked unlucky to lose on that occasion. Raphinha scored early and chances came often. There’s a sense that Leeds are banging on the doors of victory, and will surely find their calls answered soon. 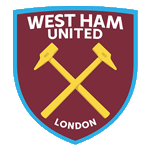 The Hammers Look to Avenge First Loss of Season

When I talk about the momentum of the Premier League, I’m not referring to any vague concept, but something as unmistakable as gravity. Just check out West Ham’s season thus far for proof. They got off to an amazing start, defeating Newcastle United in a 4-2 thriller which proves they have a comeback ability to match Leeds United. They followed this up with something even better in their 4-1 win over Leicester, which also made Michail Antonio their top goalscorer.

However, the then rockets slowed, with dual draws against Crystal Palace and Southampton. And although they fought valiantly – following a heartbreaking missed late penalty from Mark Noble – they were unable to prevent their first loss of the season, in a 1-2 heartbreaker against Manchester United.

Few pieces of intel matter so much to this mission as the head to head battles between the two teams. These are the subject of my investigation and ultimately, the final captain’s call for Premier League betting tips. Well, we have two of critical importance, as the last two games between Leeds and West Ham took place in March 2021 and December 2020.

They both ended with West Ham defeating Leeds, including once at Elland Road. The most recent matches before this began in 2012/11 and ended in stalemates, so are of limited use here. West Ham may have lost more games since their first meeting with Leeds in 1921, but based on what’s relevant, I would say it’s another advantage to the Hammers.

If you ever want to rise to the level of captain like yours truly, you’ll want to sharpen your Premier League betting tips UK skills by making sure you go into any wager locked and loaded with the best stats relevant to your bet. That’s why I’ve kindly provided statistical highlights for you to utilise.

I’ve fought space wars that were an easier time than trying to figure out who is more likely to win this one. In the end – and I’ll explain in greater detail just below exactly why – I came to the conclusion that the answer was neither, meaning my betting tip for today is a draw.

A Tense Stalemate at Elland Road Could be on the Cards

I think it’s understandable that West Ham appear to be the favourites of most bookmakers. Indeed, if you just look at the most recent results, it’s what most people would conclude. That said, West Ham may have the edge in recent results and performances, however, we’ve seen a slow down. Leeds United, on the other hand, are on the upswing and have the home advantage. Plus, they will be incredibly motivated to get their first win of the season.

Does all that negate the quality we’ve seen from the Hammers? Well, considering that West Ham have drawn twice this season – and the majority of Leeds United results have been stalemate – I think that may be the key to unlocking this particular prediction puzzle. Plus, I’m actually going against the grain of most bookmakers here, meaning that backing a draw isn’t just my betting tip because I think it’s what is most likely to happen, but also because it represents quality odds.

Tip: Draw
Odd: 11/4
Bet Now
×
Your Bonus Code:
The bonus offer was already opened in an additional window. If not, you can open it also by clicking the following link:
Visit Site