One thing that I have observed over my many years piloting through cyberspace is that space is a mixture of permanent fixtures but with ever-changing possibilities. That balance between the expected and the potential for surprise is also what makes football – and especially the Premier League – such an invigorating galaxy to investigate.

So where do my Premier League betting tips UK come into this? Well, in the case of Liverpool vs Crystal Palace, I’d say this contest represents a really great example of what I’m referring to. Liverpool are, for the most part, operating at the high steady level people expect from them, while Crystal Palace are becoming an increasingly fascinating wildcard. Discovering what is likely to happen when these two comets crash together is what our mission is all about. 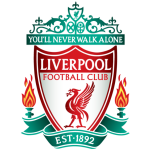 The Liverpool Rocket Ship Shows No Signs of Slowing Down

In a way, I really relate to Liverpool. People too, simply expect me to be amazing – it comes with the territory of a captain, just as it comes with being one of the best teams in Europe. And so far this season, they have not disappointed.

Other than that 1-1 draw against Chelsea, which saw their rivals barely hold onto a point, it’s been silky smooth sailing without an asteroid in sight. They’ve torn through Leeds, Burnley and Norwich thus far in their quest to once again be the stars of English football, and managed to do so without conceding a goal in that trio of games. 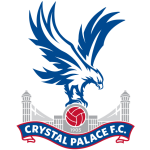 Often, it has felt like the Eagles have been flying their ship on autopilot. They have just lacked the ability to turn passion into points, to go into hyperspace and get those goals when they need to. That though, may be changing.

After a dull start, losing 3-0 to Chelsea, it seemed like another slump was inevitable. But there was a glimmer of hope in their 2-2 outing with West Ham. That then lit up like the night sky in an astounding 3-0 victory over Tottenham. In an instant, Palace looked dangerous again, with Gallagher, Zaha and the newly recruited Edouard unlocking the attacking potential that had laid dormant for so long.

If that Crystal Palace victory over Tottenham has sent fans’ expectations to the moon, then a look at the recent clashes between them and Liverpool might just bring them back to Earth. You don’t run a space core or win games on good feelings and optimism – not if the data isn’t backing you up.

The data tells us that Liverpool beat Crystal Palace the last nine times they met, and haven’t conceded a goal against the Eagles in the last trio of games. They even humiliated them as recently as December 2020 with a 7-0 mauling. There’s no doubt about it, if Palace can get the job done here, it will be a historic story told all throughout the cosmos.

I cannot pilot my team without statistics. I cannot run this crew without statistics. Similarly, you cannot make your best, most intelligent, Premier League predictions without the most important stats at your disposal. Well, your captain’s got it covered with my space core approved statistical highlights.

Considering how much I have been impressed and how excited I am about the improvements made to Crystal Palace, this may come as a surprise and indeed, a disappointment for some. My opinion, even with all that taken into account, is not just that Liverpool will win, but that an even better tip is to back Liverpool to win 2-0.

The first part of my Premier League betting tips was simply who I thought was going to win this match. The fact is that Liverpool’s track record suggests it’s overwhelmingly likely they will again walk away winners here. They haven’t lost a Premier League game yet and quite literally, haven’t lost to the Eagles for years despite many matchups. What of the improvements Palace have made?

Honestly, it’s the reason my score prediction isn’t even more in the favour of Liverpool. As great as their performance against Tottenham was, one great outing doesn’t mean they’re suddenly a perfect team. The next question was whether I thought Liverpool would concede. Again, going back to the data on my ship’s computer – with one goal so far this season against Liverpool and a trio of wins over Palace without conceding – the numbers don’t lie.

Therefore, I felt I could pinpoint a reasonable goal-specific tip, and I think based on the performance quality of each team, 2-0 is the most likely outcome.

Tip: Liverpool to Win 2-0
Odd: 13/2
Bet Now
×
Your Bonus Code:
The bonus offer was already opened in an additional window. If not, you can open it also by clicking the following link:
Visit Site