Greetings to all our new recruits. Today’s investigation will see us examining two interstellar entities that rocket through the cosmos of international football like asteroids. And you may be surprised to learn just how often these two football juggernauts have collided recently. It’s certainly enough to make this old space explorer take notice.

I’ll be looking at a great deal more than just their recent Earthly collisions. As part of my crew’s deep dive into the best betting tips, we’ll also be checking out all the most important points of Scotland’s and Israel’s recent forms, alongside all available betting markets – not just the most popular ones. That way, you can see which odds might provide the most inhabitable environment.

First things first, I’ll be saving those recent Scotland vs Israel clashes for our head to head close up, so don’t think your old captain is going senile and forgetting them here. It’s, of course, impossible to talk about Scotland’s recent form without mentioning their heartbreaking crash out of the Euros. They may have been bested handily by Croatia, but there were times when their performances – especially from the likes of Billy Gilmour in their draw against England – made them look like a team reborn as a shining new star.

Their World Cup qualification began before this, with a duo of draws and a brilliant 4-0 win over Faroe Island. They also enjoyed further wins against Moldova and Austria, reiterating their rejuvenation, with only a loss to Denmark really feeling like a letdown. 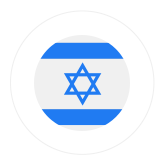 Unlike their opponents, Israel hasn’t had that big moment where they have really showcased what they can do on the world’s stage. Indeed, it’s because of Scotland they were denied that opportunity. Instead, they’ve been slowly plugging away, steadily improving.

They, expectedly, lost to Denmark in their opening match, but stayed patient and showed what they were capable in a fabulous 4-1 win over Moldova to get their campaign off the ground. It also showcased the depth of their offensive capabilities, with four goals from four different players: Zahavi, Solomon, Dabbur and Natcho. They did the same against Faroe Island and Austria, with dominant 4-0 and 5-2 victories – with the former featuring a Zahavi hat-trick – before falling once again to a seemingly unstoppable Denmark.

There’s plenty of surprises in the football universe, with one rather pleasant example being how often and how impactfully Scotland and Israel have been playing. No doubt there’s tensions rising here, considering that Israel failed to qualify at the Euros as a result of the play-offs, and that Scotland were denied promotion in the Nations League by their upcoming opponents.

Most recently, we saw Scotland and Israel unable to gain a conclusive advantage, with a goal from Peretz being matched by Fraser a little over 10 minutes later. Solomon remained a force for Israel, while Eli Sasa provided the heat from Scotland. With so many matches in such a short space of time, it remains remarkable that neither has pulled ahead in any serious way.

With so many games happening so recently, you’ll need a captain’s help in knowing which highlights are most important to your betting tips. Here’s some I consider vitally important.

Despite an impressive level of fight seen by Israel in both their recent outings generally, and indeed in their head to head contests against Scotland, we still think the home team has the advantage.

The fact is that none of Scotland’s recent outings against Israel – and they are numerous – came after their Euro expedition. We don’t want to pretend that such a tournament is a magic bullet of any kind. Scotland remain not a perfect team. However, there’s no doubt that performing at such a high level on such a grand stage has changed them – and it’s an experience they denied to Israel.

They’ve backed it up against Moldova and Austria since, with Dykes proving himself a force to be reckoned with and Maguire showing that he was not just a one game wonder. I think that gives them the edge against an incredibly resilient and versatile Israel team. Not that I think it’s going to be easy – far from it. Israel has a tendency to make any team fight for a victory against them, but Scotland now has the defensive and offensive resources to show why they belong in those major tournaments.

Tip: Scotland to Win
Odd: 1/1
Bet Now
×
Your Bonus Code:
The bonus offer was already opened in an additional window. If not, you can open it also by clicking the following link:
Visit Site