A successful space voyage is all about being able to see what’s happening in advance based on the available data. Unfortunately, this upcoming contest between Tottenham and Aston Villa showcases two teams that have been about as unpredictable as a breakaway meteorite. It’s going to be tough to figure out where this one will land.

It poses a challenge even for a highly decorated cyberspace explorer such as myself. I’ll have to use all of my cunning, intelligence and tactical acumen to break down each element of this game – from individual form to their head to head history – to come out of the stars  with Premier League betting tips UK that can help you find your perfect betting market. 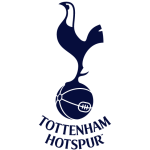 And to think, it all started so well. Tottenham couldn’t have asked for a better start to the season in this old space dog’s opinion. They brushed off the absence of Harry Kane to handily beat Manchester City 1-0 with a goal from Son Heung-Min, with wonderful support from Tanganga and Moura.

This was followed up by satisfying dual 1-0 wins. Then, their spaceship engines began to sputter, with painful 3-0 losses to Crystal Palace and Chelsea. Another pitiful performance sees them come into this game following a 3-1 loss to Arsenal. Their season has been one of two halves, the worst of which is causing concern for my Premier League betting tips. 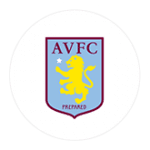 In contrast to their opponents, Villa lost their spectacular 3-2 opening game against Watford, but come into this game having toppled Manchester United 1-0 – their first victory over the legendary team at Old Trafford for 12 years. With 19 attempts in the first half, this was not just a historic win for Villa, but a thrilling one for Dean Smith’s side. It featured a goal from Hause and a stunning performance from McGinn.

They’ve had highs and lows between these two bookends of momentum. They’ve shot up like a rocket in a 3-0 win over Everton and crashed down to Earth with the same result against Chelsea. Right now though, Villa looks very capable of taking it to Spurs.

Considering Villa and Tottenham had their first game in 1903 and well over 150 matches since, a complete head to head history for these two would make Hawking’s History of Everything look like a leaflet. So, I’ll stick to the most recent and relevant stuff.

The last meeting for these two in May showcased one of Villa’s finest performance that season and a well deserved 2-1 victory. Before this though, it’s all Tottenham in terms of final results, with six wins in a row. Interestingly, these two rarely end in a draw, with 14 games and nine years since the most recent stalemate.

There’s a whole world of information for Premier League betting tips in the history between these two, with the following being what I consider the most interesting and relevant.

Despite the shifts in momentum already throughout this season, I’m going to have to agree with the bookmakers’ favourite on this occasion and go with Tottenham to win. But expect it to be a tight race.

Tottenham to be Victorious in Hard-Fought Contest

The first part of my decision for Premier League betting tips UK in this contest was to consider the possibility of a draw. I seriously considered this as being the market to back due to the yo-yo seasons of both teams. However, a look at the head to head history – which shows no stalemates in nearly a decade – and the typically definitive results, good or bad, of each side shows these two were too volatile for that to be the most likely outcome.

When it came to considering which team I think would win here, I have to go with Tottenham, even taking into consideration Villa’s higher place in the standings and recent wins over Manchester United and Everton. It was an incredibly close call for me but with each being so all over the place performance wise, it’s Tottenham’s broader form and their ability to bounce back from pressure which makes me think they’ll win here. It could also, especially considering the quality of Villa, mark the moment their Premier League hits warp speed.

Tip: Tottenham to Win
Odd: 13/11
Bet Now
×
Your Bonus Code:
The bonus offer was already opened in an additional window. If not, you can open it also by clicking the following link:
Visit Site